Peter Gregory is a Research Fellow at the Institute of Public Affairs. He focuses on development economics, entrepreneurship in developing countries, free market solutions to poverty and sport. He has also been an author and member of the editorial team for the IPA’s weekly email Hey… What did I miss?

Peter has featured on ABC Radio National as well as various state and community radio stations and his articles have appeared in most major Australian newspapers including The Australian, The Australian Financial Review, The Sydney Morning Herald and The Courier Mail. He has also had pieces published in major newspapers in South Africa, Cambodia, Uganda and India.

He was the presenter in the IPA’s Free Markets: The Key to Human Flourishing in Cambodia video shot on location in Cambodia.

Peter has presented his work at various conferences around Australia, the United States and at Oxford University. In 2014 he was a member of the Planning Group for the Y20 conference in Sydney – the youth counterpart of that year’s G20 conference.

Prior to joining the IPA Peter worked in the Latin America, Middle East and Asia Team at World Vision Australia and in the Research and Development Team of the Small Enterprise Foundation - a microfinance institution in South Africa.

He joined the IPA after becoming disillusioned with the prevailing poverty alleviation orthodoxy of the development sector.

Peter completed an Honours degree in Political Science at Monash University and is in the final stages of a PhD in development economics at RMIT.

The US midterms were a draw for both parties and a massive loss for celebrities. Nuclear energy is going to save the world, no matter what the “no-growth economy” movement…

Beyonce Should Endorse Brexit Instead

Free speech is officially dead in Europe, everyone gains from economic growth, Kanye West decides to abandon politics and the Tax Foundation’s latest report is sobering reading for...

People are marching all over Australia and the UK but it’s for the wrong policy outcomes. A new plan for energy in Australia is made and it’s not a good…

Australia might be moving its embassy to Jerusalem, a central problem with the government’s company tax plan is revealed, the World Economic Forum release their annual competitiveness rankings...

This week James and Pete talk about the proposals for new religious discrimination laws, the move from the ALP to defend Western Civilisation, the IPCC report, the Supreme Court of…

We Shall Fight Them On The Internet…

The Intergovernmental Panel on Climate Change has called for “global transformation” of all sectors of the economy to ward off catastrophe. I hope they realise that under the Paris...

This week James and Pete talk about Wayne Swan’s opinions on the IPA, university chancellors standing up for free speech on campus, Kanye West’s SNL performance, the academics who showed…

This week James and Pete talk about the leadership of the ABC and why it shows the need for privatisation, the World Bank’s latest statistics on extreme poverty, Trump’s speech…

This week James and Pete talk about how cutting red tape has saved US taxpayers $1.3b, the British Labour Party MP who wants the government to get involved in…

We Have More Public Servants Than South Australians 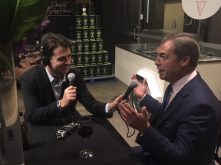 This week James and Pete discuss the Serena Williams controversy, the nine year old who won’t stand for the national anthem and why this shouldn’t be a story, South Yorkshire…