Unis Have Lost Their Way As Homes For Free Speech In 2016, the Collins English Dictionary ranked “snowflake generation” as one of those annoying new phrases for the year. It is time to bury it. It’s a beat-up and, worse, it is an unfair slur on the current generation of students.

That is the good news from a forthcoming research report by the Institute of Public Affairs into the state of free speech on campus. Far from being snowflakes, it turns out kids are not the problem.

But the bad news is that there is, most definitely, a free speech crisis on campus. The results show that universities are failing students, boys in particular, and this institutional dereliction of duty raises questions about the relevance and sustainability of universities in the 21st century.

Instead of speaking to univer­sity administrators and academics, the IPA commissioned a survey from independent market research company Dynata, asking 500 students to agree or disagree with a series of statements about free speech, diversity of views and so on. Importantly, students joined the survey groups without knowing they would be asked about free speech on campus.

The first point to note is that 82 per cent of students said they should be exposed to different views even if they found them challenging or offensive. And free speech is not a political issue. Of those who said they should be exposed to different views, 86 per cent of Greens supporters were concerned and 82 per cent of Labor supporters were worried, as were 82 per of Coalition supporters. And those noisy anti-free students who try to shut down views they don’t like? They are tiny in number. With only 2.2 per cent of students disagreeing with the statement that they should be exposed to different views, why on earth are university leaders so pusillanimous in dealing with them? After riot police had to be called, it took a nine-month investigation for the University of Sydney to discipline a student organ­iser of the protests that tried to stop Bettina Arndt from speaking at a function last year.

This last figure should cause students to rethink their claimed commitment to a diversity of views. You can’t, on the one hand, say you support different views on campus, even if they are challenging and offensive, and on the other hand make students expressing different views feel uncomfortable. A genuine belief in free speech means defending the right of people you disagree with, even vehemently, to speak freely.

This raises serious questions about the diminishing relevance of universities for students who are keen to be exposed to diverse opinions, so keen that they are seeking out other platforms for different ideas.

Time to bury another myth, then: the one about boys hogging discussion in the lecture theatre and in the tutorial room. Maybe this sharp gender gap should be no surprise given a recent workshop at the University of Melbourne where organisers wanted white male students, and anyone who looked like a Liberal voter, to remain silent in tutorials. It turns out that the students wrapped in their identity politics on campus didn’t need to make that demand because many boys are self-censoring. It hardly needs pointing out — or maybe it does today — that this kind of self-censorship is not a healthy learning environment for male or female students.

Young male students are disproportionately looking elsewhere for a more diverse range of opinions, and for a space where they can express their own views. Again, this should be no surprise given the phenomenal popularity of long-form podcasts and YouTube conversations, by left-liberals such as Dave Rubin to more conservative ones such as Peterson and Ben Shapiro.

The terrific news is that students don’t have short concentration spans when they are listening to views that challenge the orthodoxy. In fact, the next generation of leaders, teachers, lawyers, scientists and engineers want to learn; this survey shows they are hungry for ideas.

What an indictment on the university sector in this country that these students, especially young men on campus, rely on social media, not their own campus, to challenge their views and, ultim­ately, to form their opinions. And don’t imagine these findings are akin to a young conservative man feeling stifled in the audience of the ABC’s Q&A. The gender gap uncovered by this survey is reflected among young male students across all political persuasions. In other words, the lack of free speech on campus transcends politics.

It is also clear that open intellectual inquiry is unhealthy across university faculties, not just in arts and humanities. Among the 500 students, 234 students are studying science and technology, and 40 per cent of them said their teachers sometimes unnecessarily inserted political content into their courses. These areas should be the least political. But again, are we surprised? After all, James Cook University unlawfully sacked esteemed physics professor Peter Ridd for asking questions that challenged the climate change orth­odoxy on campus.

And these findings are only slightly below the percentage of all students, 45 per cent of whom said university teachers sometimes unnecessarily inserted political content into their courses.

Speaking at the National Press Club on Wednesday, federal Education Minister Dan Tehan announced his plan to work with the university sector to collect student feedback on diversity of opinions on campus and whether students felt empowered to voice nonconformist views. “I believe universities want to know if students and staff are afraid to discuss certain topics,” Tehan said. We can test that by watching how university vice-chancellors respond to the IPA’s findings.

Their reaction to the French report into the state of free speech released in April points to disheartening default settings: they told us they were committed to free speech; that any other suggestion would be ludicrous because they were universities after all; then they did nothing to explore what in fact was happening on campus. Worse, they turned their noses up at evidence collected by others. By not mentioning the French report they prayed it would go away and, when pushed to respond, they grabbed one titbit — a line from the report that said there was no free speech “crisis” — so they could quickly resume normal programming even though French made clear there were problems around free speech that universities must confront.

Like a recalcitrant child, some VCs eventually signalled they would consider adopting some version of French’s model code on free speech. Even then, as French noted, adopting a code is no substitute for changing the university’s culture.

For example, following a Senate estimates inquiry late last year, Sydney University vice-chancellor Michael Spence was reported as being “galled” that Liberal senator Amanda Stoker prised from federal education bureaucrats a new-found focus to hold univer­sities accountable for obligations they have under the law to be ­places of free intellectual inquiry.

This latest research by the IPA shows those laws are not working.

Yet, in response to Stoker’s line of questioning, Spence told one newspaper: “Have you ever heard of a more shocking waste of public funds?” Yes. Last year $17.5 billion was provided to universities by taxpayers, many of whom have not been to university. How extraordinary that it needs saying, let alone enforcing, that each university drawing on public funds should be an oasis of free intellectual inquiry, offering a range of diverse and challenging opinions, so that fee-paying students don’t need to go elsewhere to feel comfortable expressing their views.

The days of university vice-chancellors paying lip service to free speech are coming to an abrupt end. As evidence mounts, with more people, including students, contesting the ability of universities to be places of genuine learning, taxpayers should expect university funding to be strictly tied to their ability to foster diversity of opinions. That we need such measures at all, and given the history of intransigence among university VCs, we also need to start planning for the next phase of learning, offering new avenues for higher education and deciding whether universities should be publicly funded at all. 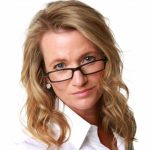