Roaring Into The Twenties 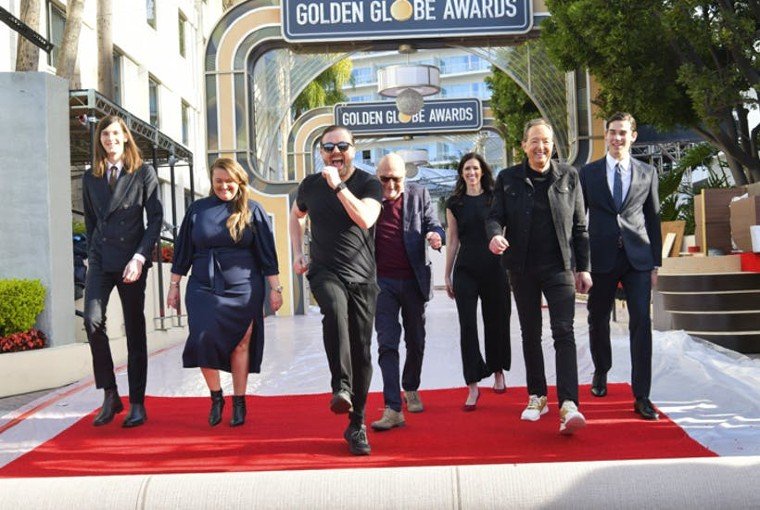 When Ricky Gervais came roaring onto the stage at the recent Golden Globe awards, he cemented his place as the first anti-woke hero of the 2020s.

‘If you do win an award tonight, don’t use it as a platform to give a political speech,’ Gervais said. ‘You’re in no position to lecture the public about anything. You know nothing about the real world – most of you spent less time in school than Greta Thunberg. So if you win, come up, accept your little award, thank your agent and your god, and f— off.’

Gervais knew what he was doing. He was daring the Hollywood wokeocracy to reach for the outrage button in an era when every second joke triggers a garbage fire on Twitter, or at the very least a string of interminable online think pieces about how ‘problematic’ it is.

And that’s the rub. That is the whole dynamic that made the 2010s such a dreary and frankly depressing era. Like the celebrities lampooned by Gervais, everyone and everything, it seems, is serious and pompous and exhausting. Nobody has any fun anymore.

It’s not just that we’re no longer able to tell a few bawdy jokes. It’s not even political correctness itself. It’s the deeper mentality that has engulfed society at large, a pathological tendency to see the worst in everything.

These days, it seems like no aspect of daily life – from how we carry our groceries back from the shops to how we get to work in the morning – is safe from overbearing guilt, or worse still oppressive regulation. Meanwhile, advertisements abound telling us we drink too much, we eat too much, that we’re sending our family to the poorhouse with every harmless punt and that – despite ample evidence to the contrary – a great many of us are unknowing bigots.

It’s a mindset that casts Australia and everyone who’s in it with original sin. Everywhere you look, there are naysayers peddling the myth that Australia is a Dickensian hotbed of inequality, on stolen land, spreading poison around the world in the form of our number one export, the demon coal. Black armband history is nothing new, but over the last decade the grievance industry has boomed, with an army of moral guardians waxing lyrical about how every Australian institution – from our constitution to the local footy club – is seeped in racism, sexism and ‘toxic masculinity’.

To be fair to Australia, it is a disease that’s afflicted the Western world in general. Look at Prince Harry (or whatever he goes by these days), wincing at the thought of commercial aviation – the modern miracle that allows millions to see the world – saying that ‘We all have to do better’. Or Nike, which marketed itself a couple of years back by celebrating the cause of an elite athlete who refused to stand for the national anthem. Not to be outdone, Gillette released an ad the following year suggesting that its customers were latent misogynists.

And, appropriately, Time’s Person of the Year at the tail-end of the last miserable decade was a sour-faced teen whose most famous public utterance is a finger-wagging ‘How dare you?’

Say what you like about Scott Morrison, but when he says ‘How good is Australia’, it resonates. Because more than ever before, there is a deep thirst in the community for a bit of good news, a reprieve from the drudgery of whatever the chattering classes happen to be banging on about. We want to feel good about ourselves again.

It’s not as if there aren’t public policy problems in Australia – there are. Too many people are out of work, red tape is choking our chance at prosperity, taxes are obscenely high and decades of overregulation have transformed electricity – in one of the most energy-rich countries on the planet – from a basic utility to a luxury good for too many.

But none of those things make Australia – let alone Australians – inherently bad. All it means is that Australia has untapped potential, and lots of it.

And ironically, in global terms things have never been better. Extreme poverty has more than halved since 2010 and, as of 2018, more than half the world’s population has been in the middle class for the first time in human history. Every available indicator – from literacy to infant mortality – continues to improve.

Meanwhile, freedom is making a comeback in the West, as patriots around the world elect governments that promise to dismantle the worst excesses of the bureaucratic-managerialist state. Donald Trump’s seismic cuts to tax and red tape have created the most free and prosperous economy America has seen in generations. Boris Johnson’s thumping victory last year obliterated the hitherto-insurmountable resistance of the ‘Remoaner’ elite.

And while Scott Morrison’s policies – to the limited extent he has any – are somewhat hit-and-miss, we can credit him for heading off the most wantonly destructive policy platform in living memory, a horrible reality we were all but guaranteed to suffer through had the Liberal party continued on the trajectory set by Morrison’s deeply unpopular and woefully inept predecessor.

And of course, as the popularity of Ricky Gervais’s diatribe shows, the world is increasingly seeing through the dead end of identity politics. Ordinary people are no longer allowing themselves to be intimidated into silence. The emperor’s clothes are falling off.

By speaking up, by revolting at the ballot box, by opening their wallets for the Peter Ridds and Israel Folaus of the world, mainstream Australians are casting off the yoke of windbag politicians, joyless bureaucrats, condescending ‘experts’, preachy celebrities and every other noxious strain of self-important know-it-all who gets off on micro-managing almost every conceivable facet of the human condition, while making us pay through the nose for the privilege.

So, Australians all let us rejoice. Let’s draw a line under that wretched decade of self-flagellation and start living large again. It’s time to ditch the acrimony and nihilism of the 2010s, and embrace the feel-good twenties.