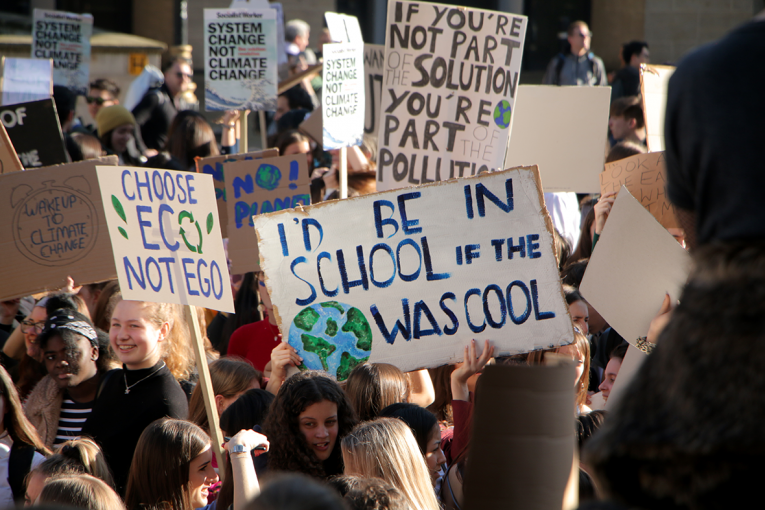 Nobody should be surprised at the news from the Australian Curriculum, Assessment and Reporting Authority, that when it comes to knowledge of Civics and Citizenship, Australian students know more about pollution, climate change and water shortages than they do about democracy, civic processes and our institutions.

In the report, the authors state that the purpose of teaching Civics and Citizenship to Australian grade 6 and year 10 students is to “foster understanding of and commitment to national values of democracy, equity and justice”.

However, the results of the 2019 National Assessment Program — Civics and Citizenship reveal that ACARA is failing dramatically to foster much understanding of anything at all, let alone the “values of democracy, equity and justice”.

The system, it seems, is producing generations of fledgling eco-warriors and trainee human rights activists who are far more worried about recycling and the use of plastic bags in the supermarkets than they are about, say, elections and the democratic process of voting.

They have revealed just how little Australian children really know about the basics of how our democracy works, our system of government or their rights and obligations as Australian citizens.

These should be a fundamental part of Australian schooling but the results have highlighted the fact that something is going very wrong.

In the year 6 cohort, only 53 per cent of students were at or above the proficient standard. And by the time they get to year 10, that number has fallen to 38 per cent.

This is the wrong way around completely.

As students progress through school, they should be becoming more knowledgeable, not less. By the time they leave, they should be ready to enter the world as fully informed, voting, taxpaying Australian citizens.

In NSW, children are being taught that they can save the planet by wearing more clothes rather than put the heating on, and that they need to walk around their schools inspecting the taps and bubblers for drips and leakages.

Much of the problem lies in the National Curriculum.

Currently, the curriculum is structured in such a way that three ideologically driven cross-curriculum priorities — “Aboriginal and Torres Strait Islander histories and cultures”, “Asia and Australia’s engagement with Asia” and “Sustainability” — must be emphasised and incorporated across all learning areas from Kindergarten to year 10.

The NSW curriculum has adopted the cross-curriculum priorities so that whether it be English, Mathematics, Science, Technology, Human Society and its Environment (HSIE), Creative Arts, Languages, or Personal Development, Health and Physical Education. (PDHPE), it is almost impossible for students to avoid the theme of sustainability.

By insisting that these three current themes be embedded into all subjects, relevant or not, the curriculum’s authors back in 2011 under the Gillard government were deliberately prioritising ideology over knowledge, and what is more, they did so with the full understanding that this particular ideology would come to dominate and define Australian education.

They were in fact deliberately imposing a political agenda on generations of impressionable Australian schoolchildren at a time in their lives where they are at their most vulnerable and when their understanding of society, environment and politics is shaped by what they hear in the classroom.

And what they are hearing from their primary and secondary school teachers is that many of them may not get to live to see their 30s and only they can create an ecologically and sociologically just world through activism.

The report also tells us that there was an increase in the proportion of students in years 6 and 10 who believed that participating in peaceful protests about important issues was an important attribute of good citizenship.

This became more than apparent in 2019, when scores of students across Australia — often egged on by their teachers — skipped school to participate in anti-government climate change protests.

Being an eco-warrior, as it turns out, is far more exciting than learning about the federal constitution and Legislature, the Executive and the Judiciary.

During one of the strikes, a particularly enthusiastic teenager said: “Yes, learning is important, but activism showcases a lot of important characteristics for young people and students”.

When the democratic process is not quite working as it should, or when our freedoms are under threat, they won’t know what to do.

And they won’t know that freedom is not our natural state but that it is something hard won and that it needs to be fought for.

Our education system isn’t making students better citizens, it’s turning them into a generation of environmental activists and social justice warriors who believe that the biggest threat to society comes in the form of plastic straws.