The Rash Of Red Tape Is Spreading Like A Disease The crippling effects of red tape on the economy are unfortunately not restricted to the NSW housing sector.

As chairman of the Senate Select Committee on Red Tape, I have so far introduced three interim reports – on the sale, supply and taxation of alcohol; the sale and use of -tobacco and nicotine products; and environmental regulation, sometimes called “green tape”.

Unless you are a smoker or drinker the first two might not be of interest. However, environmental over-regulation should be of vital concern to us all. The actual and opportunity cost runs into many hundreds of millions of dollars in lost or delayed -investment. And that means a lot of employment opportunities for our fellow Australians.

The origin of the term “red tape” is generally attributed to the 16th-century administrative system of the Holy Roman Emperor Charles V, which used red tape for priority documents that required immediate action.

Given that red tape has now come to mean pernicious, corrosive and difficult-to-eradicate regulation, it seems highly appropriate that Charles V is today more remembered for his army spreading syphilis across Europe and thence to the rest of the world.

Like its venereal legacy, the red tape legacy of Emperor Charles V continues to be spread through the incautious infatuations of his Australian political successors.

The Institute of Public Affairs calculates that red tape reduces Australia’s economic output by $176 billion each year, equivalent to 11 per cent of GDP. This cost is reflected in businesses that are never started, jobs never created, and the time lost adhering to bureaucratic requirements.

Throughout our inquiry, we heard again and again that environmental red tape has turned many project approval processes into a bureaucraticH nightmare. A prime example is the Roy Hill iron ore project in the -Pilbara that required more than 4000 -licences and permits for its pre-construction phase, needlessly delaying the project and raising the cost. Likewise, the Carmichael coal mine in central Queensland spent seven years in the approvals process, fighting more than 10 legal challenges and requiring an environmental-impact statement running to 22,000 pages.

We have the means to eradicate some of this green tape scourge from our lives. As we recommended, the federal government could bring forward its review of the Environment Protection and Biodiversity Conservation Act, avoid duplicating state laws and create a one-stop shop – something the Productivity Commission also supports.

It could start focusing on the risks associated with noncompliance with legal rules, rather than the legal rules themselves, a risk-based approach that the Great Barrier Reef Marine Park Authority is already employing with obvious success.

And it could pest-proof section 487 of the EPBC Act that is currently being abused by environmental activists who block projects simply because they can. Since the introduction of the EPBC Act in 2000, the IPA estimates these delays have cost the Australian economy as much as $1.2 billion.

The Red Tape Committee heard countless tales of the adverse effect of native title regulations on project developments, the manipulation of land councils by environmental activists, and the impact of this on the impoverishment of Aboriginal people.

Amending the Aboriginal Land Rights Act to remove the ability of land councils to arbitrarily veto applications for exploration or mining licences would go a long way to assist both Aboriginal development and the economy generally.

To overcome landholder objections to mining that have paralysed the exploitation of minerals and -energy, the committee suggested the Commonwealth, state and territory governments consider a system of statutory royalties for landowners.

But the Red Tape Committee can only make recommendations. It is time for governments to take the cure for the economy’s own administrative social disease and start beating the clap out of over-regulation. 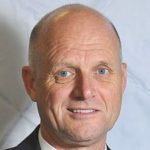