Key Lesson Is That A Bold Agenda Is Possible 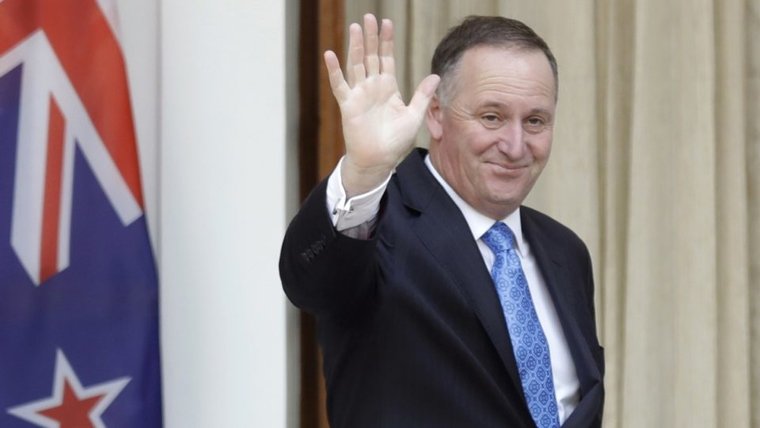 The New Zealand prime minister is rightly being showered with praise from over this side of the Tasman. Prime Minister Malcolm Turnbull said Key’s resignation was “a great loss to New Zealand and a great loss to the world”. Tony Abbott congratulated Key for a “fine innings”.

Key’s shock resignation yesterday comes with his three-term government, first elected in 2008, in a strong position to retain government at next year’s election.

Our political class should not only ponder Key’s electoral success but the bold policy agenda that made it possible. The lesson of Key’s stint in office is that it is possible to stand on principle and build widespread popular support for economic reform.

In Australia too many people have written off policy reform as too hard. Or alternatively they’ve argued that what policy reform there is must inevitably involve higher taxes, more regulation and bigger government. The John Key experience shows that argument is not true.

A measure of Key’s boldness can be judged by the size of his cuts to unsustainable government spending. By 2018 government spending as a share of the economy will have fallen to 32 per cent – in 2010 it was 40 per cent. New Zealand’s budget is now in surplus.

When Key came to power, his country was reeling from the effects of the global financial crisis. New Zealand was in recession, inflation was spiking and unemployment had more than doubled over the preceding two years.

In response, Key’s government took action to remove structural impediments to economic growth. Personal income taxes were cut and with the top marginal rate falling from 39 per cent to 33 per cent. Significantly there is no income tax-free threshold in New Zealand. This is important because it ensures as many as people as possible have a stake in the government because they know they are paying for it.

Key didn’t shy away from away from hard decisions. He increased the GST from 12.5 per cent to 15 per cent, and they pushed on with the partial privatisation of state-owned enterprises, including the iconic Air New Zealand. He also changed workplace relations law to give small business greater flexibility in hiring.

And on the world stage, Key was a strong voice for free trade. He publicly defended the Trans-Pacific Partnership and signed New Zealand up to the deal this year. Fittingly, the finalised proposal was signed by potential members in Auckland.

Apart from one or two missteps (including the poorly-received referendum on changing the national flag), Key was consistently able to connect to Kiwi voters and bring them along with him as he pursued complex, but vitally important, policy. New Zealanders knew who John Key was, and they knew the policies that his government would pursues.

New Zealand voters responded positively to this clarity of vision.

The challenge for Australians is for us to match Key’s purposefulness. In this country we tend to be satisfied too often with fiddling at the margins. Admittedly John Key didn’t have a recalcitrant senate to deal with, but even so he had his own country’s bizarre electoral processes to manage.

The Coalition did succeed in getting rid of the carbon and mining taxes, but as yet has failed to build a case for reducing government and liberating the economy from the burdens of over-regulation.

In Australia federal government spending remains at post-GFC levels, about 24 per cent of GDP, and failed to cut the Commonwealth bureaucracy..

For business, the policy environment remains unhelpful, even punitive. Corporate tax remains high, even as competitor countries cut theirs. And notwithstanding some worthwhile industrial relations reforms achieved in recent weeks the Coalition is yet to undo Labor’s re-regulation of the labour market

The politics of tax reform still bedevils the Coalition. Earlier this year, an increase of the GST was floated and then shot down within a couple of weeks, after the first sign of opposition, while a proposal to give the states income taxation power lasted no more than a day.

And Abbott’s government started full of ideas about reforming health and welfare spending but was quickly scared off. The best it could do was reduce the rate of growth of entitlement spending from recklessly unsustainable to unsustainable but less conspicuously so.

And so our two sister countries provide a study in contrasts. Over the past decade, one has pursued a series of hard reforms, and its economy has thrived and its leader is leaving to sustained applause. One has shied away rom decision, has weak growth and growing political unrest, and has cycled through five different changes in leadership.

It is time to remember one of the old maxims of government: good policy is good politics. John Key proved it, and his example could not be clearer for any Australian leader who cares to follow it.

This article was originally published in The Australian Financial Review