HomePUBLICATIONSOpinionWe Can’t Just Rely On US To Defend Australia

We Can’t Just Rely On US To Defend Australia

The US missile strike in Syria, rising tensions with North Korea, China’s creeping militarisation of the South China Sea, and recent terror attacks all highlight an important reality: Australia cannot take its security for granted.

For decades Australia and its Asia-Pacific neighbours benefited from a relatively stable region in which open markets, inclusive regional institutions, uncontested freedom of navigation and a favourable balance of power underpinned by the United States’ predominant military presence in the Western Pacific were the order of the day.

We and other countries prospered greatly in those conditions: Australia has enjoyed a dream run of more than a quarter-century of continuous economic growth, China has emerged from poverty to become the world’s second-largest economy, and hundreds of millions have joined Asia’s burgeoning middle class.

Yet we took our good fortune for granted and mistook hard-won security and economic gains for a birthright.

Terrorism remains a global menace and will endure after coalition forces vanquish ISIL and its “caliphate” in Iraq and Syria; the threat posed by homegrown terrorists and displaced foreign fighters likely to return to Southeast Asia is significant.

After the Cold War competition between great powers seemed to have been consigned to the dustbin of history, but geopolitics has returned with a vengeance – in Europe, the Middle East and Asia.

Revisionist powers such as Russia, Iran and China are seeking to carve out their own 19th century regional spheres of influence – irrespective of the wishes of their neighbours.

China’s growing power and assertiveness pose a particular challenge for Australia and for other countries in our region, not least because of its importance to our economy.

China is using its economic muscle to coerce neighbours and is acquiring advanced weapons intended to prevent the United States from projecting power as it has for more than half a century in support of its allies and of maintaining the regional rules-based order.

This is shifting the balance of power away from the United States and its allies and inducing other countries to acquire their own missiles, submarines, modern fighters and cyber weapons – in the process eroding the military capability edge that Australia has relied on in the region.

Add the uncertainty and anxiety triggered in the region by the election of a self-consciously disruptive US president who has questioned many of the longstanding pillars of US foreign policy, and the result is a volatile mix.

Australia should not panic, however. We have to take responsibility for our own security, and meeting the Government’s commitment to invest 2 per cent of GDP in defence will be a minimum requirement.

But we aren’t on our own.

The US alliance remains a vital strategic asset and will become more, not less, important. At the same time, Australia and other American allies will be expected to do more.

Fortunately, partners such as Japan, India, Singapore and Indonesia share our interest in maintaining a peaceful and prosperous region and will also look to do more with us.

If you've enjoyed reading this article from the Institute of Public Affairs, please consider supporting us by becoming a member or making a donation. It is with your support that we are securing freedom for the future.
JOIN DONATE
Tags:Defence Foreign Affairs International Relations USA
Share: “This Week New South Wales Woke Up In A Police State” 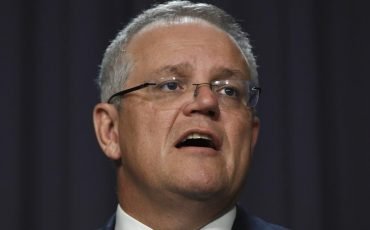 $1 Trillion Worth Of Debt Within Three Years