QUT student and IPA Campus Coordinator at QUT, Chris Dekker has today lodged a claim at the Queensland Human Rights Commission against the QUT Student Guild. The basis of the claim is that the QUT Student Guild discriminated against Mr Dekker because of his political beliefs and that the Guild breached his human rights.

In January, Mr Dekker attempted to book a stall on behalf of Generation Liberty at ‘Market Day’ operated by the Guild.  On 24 January a Guild representative informed him that his application had been refused because a committee of the Guild ‘have decided that your brand does not align with our values’.

Generation Liberty is an educational program of the Institute of Public Affairs that introduces young people to the ideas of personal, political and economic freedom through campus events, digital output and specialised research.

“This is our fight to end censorship of ideas on campus,” said Renee Gorman, National Manager of Generation Liberty.

“The QUT Student Guild is censoring ideas on campus. I’m making this claim to secure freedom of ideas for all students at all universities around Australia.

“I’m asking for an apology from the Guild and a commitment they won’t discriminate in the future,” said Mr Dekker.

“We still haven’t an explanation from the Guild as to how discussing personal, political, and economic freedom does ‘not align’ with the Guild’s values.

“If the federal government and the QUT Vice Chancellor won’t protect freedom of speech on campus, then we’re left with no choice but to use the law,” Mrs Gorman said.

Renee Gorman was National Manager of the IPA's Generation Liberty program until 2020. 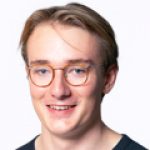