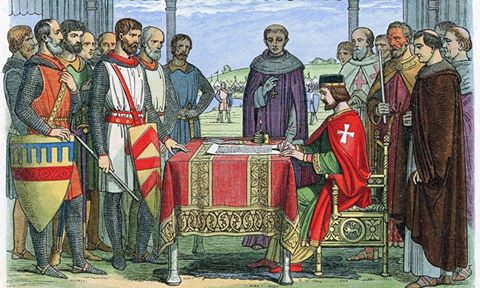 All over the world, millions of people are being subjected by their respective governments to an untested social experiment which is decimating their societies.

This experiment involves locking people up in their homes but fining them if they dare to go out for more than one walk or sit down for too long on a park bench. This experiment is taking away their livelihoods, preventing them from visiting their relatives, and depriving their children of an education. This experiment is stopping people from burying their parents or seeking spiritual consolation with others in places of worship. The world as we know it, is unrecognisable.

And how do celebrities respond? They respond by singing a song. They don’t just sing any song; they choose to sing the most overtly political song in the history of modern songwriting; ‘Imagine’, led by Wonder Woman, aka Gal Gadot. Along with twenty-two of her best celebrity friends, all of whom are heroically make-up free, the group takes it in turns to sing, some more tunefully than others, various lines of John Lennon and Yoko Ono’s ultimate Ode to Socialism.

It isn’t hard to do

Nothing to kill or die for

And no religion, too

I wonder if you can

No need for greed or hunger

A brotherhood of man

Just imagine. This performance reveals in glorious technicolour just how completely and utterly out of touch the Hollywood set is with the rest of the world, oblivious to the plight of so many as they walk around the walled gardens of their multi-million-dollar mansions, crooning about how great it would be to live in a world without borders or possessions. You would think that after Ricky Gervais’ magnificent and thoroughly memorable lambasting about preaching to the rest of society at the 77th Annual Golden Globes, they might have thought twice before making, let along posting the video. It appears however, that discretion has not been the better part of valour.

Leaving aside for a moment just how cringeworthy and ill-judged the entire production actually is, it is a worthy exercise to consider the choice of song. It reveals in no uncertain terms that they, along with many in the media, education, corporate diversity departments, the law and government would like a return of socialism. John Lennon admitted in an interview that ‘Imagine’ was ‘virtually the communist manifesto even though I’m not particularly a communist and I do not belong to any movement.’ He went on to elaborate that ‘There is no real communist state in the world; you must realise that. The socialism I speak about… [is] not the way some daft Russian might do it, or the Chinese might do it. That might suit them. Us, we should have a nice… British socialism.’

It should hardly come as a surprise that the most vociferous voices calling for the lockdown of entire populations, greater government control and greater police powers are left-wing progressives who have been longing for a clean sweep of society so that we can start all over again. They would like to see the status quo completely overturned so that the brave new world can finally be heralded in, where poverty and inequality are eliminated because the state will take care of everything. They hope that this will finally bring about the utopia of their dreams, where Western societies can finally have John Lennon’s ‘nice’ socialism.

In Australia, we have seen our politicians, Liberal and Labor alike, go along with it all. Never before have our elected representatives sitting in their respective parliaments been so lacking in the cognitive dissonance you would expect to see in someone boxed into making a decision in conflict with deeply-held values. There is no sense that they are reluctant to impose these measures on their fellow citizens. Last week, we witnessed an ostensibly conservative government hand over greater powers to the police when the NSW Health Minister Brad Hazzard signed documents which would enable to the police to issue fines of up to $11,000 to Australians who they deem to be ignoring self-isolation measures. Six-months in jail has also been made an option. Victorians are currently facing fines of $1,652 if they leave the house for ‘non-essential reasons or if they breach the two-person gathering’. There is absolutely no sign from our politicians about how long all this will go on for. Neither has there been a single assurance that this is just a temporary measure. They are reminiscent of the revolutionary Jacobins, who went for the most extreme measures without hesitation.

In a press conference, NSW Premier Gladys Berejiklian said that people have to get used to a new way of living. It is as if Australians are being conditioned to expect future restrictions, where encroachments such as these on our civil liberties will be viewed as completely normal. It is as if people are being conditioned into accepting a greater role of government through a combination of remarkable speed combined with the crushing of dissent.

As Brendan O’Neill asked recently, ‘Are we allowed to ask yet if the immiseration of vast numbers of working-class people, the creation of a police state and the suspension of habeas corpus is the best way to tackle a virus? No? Please let me know when we are allowed to ask.’

What is taking place now is not just an economic crisis but also a crisis of our civilisation; our Australian civilisation built on our British heritage. We are seeing a very real threat to our rights and freedoms, the concepts of rule of law, liberal democracy, freedom of religion, conscience and speech. Let us not forget, most importantly, thanks largely to the Magna Carta of 1215, that our freedoms also extend to protection from state tyranny and governmental overreach.