Identity Politics Thrives On The Ideas That Divide Us 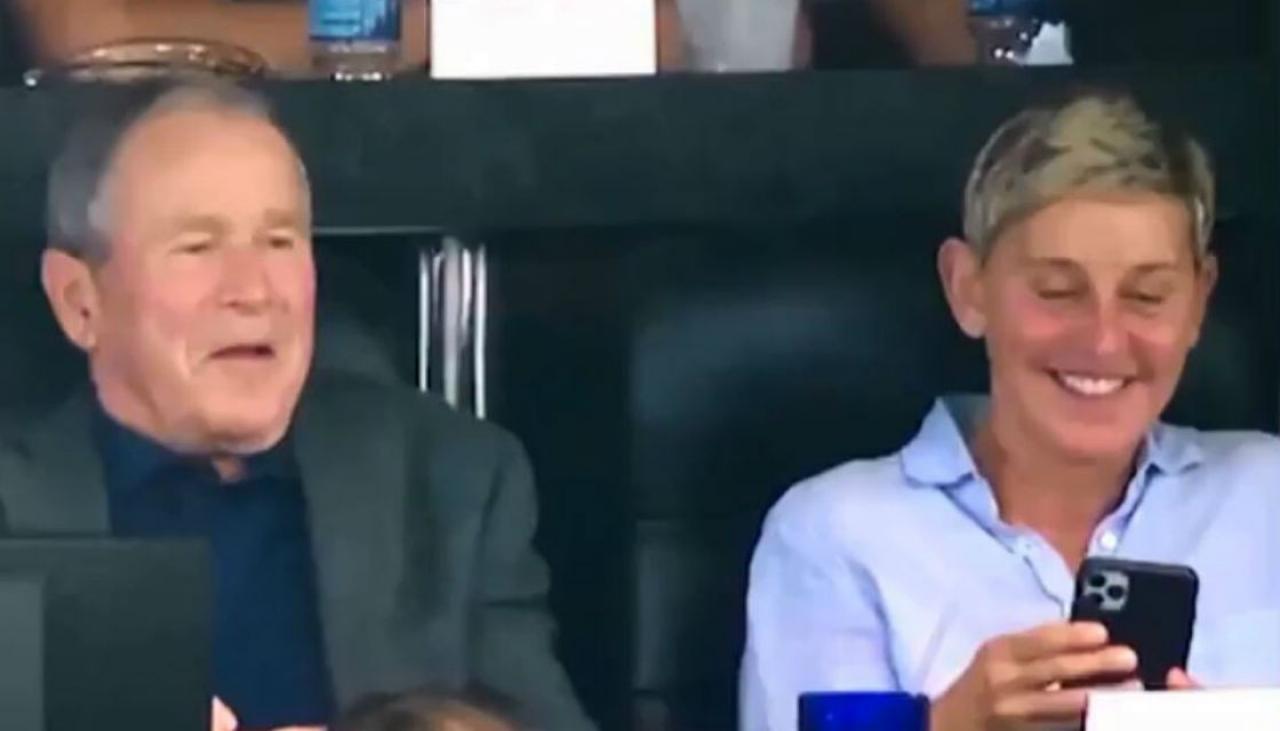 Everything that’s wrong with the toxic culture of identity politics was revealed by the reaction to a photo of four people watching  an NFL football game in the United States on Sunday. At the game between the Dallas Cowboys and the Green Bay Packers, George W. Bush was sitting between his wife Laura and Ellen DeGeneres. On the other side of DeGeneres sat her wife, Portia de Rossi.

Bush is a former Republican president who opposed gay marriage. DeGeneres is a high-profile talk-show host whose political stance would in Australian terms be called centre-left, but in America is described as liberal or progressive. Social media and many parts of the mainstream media in the US erupted as DeGeneres was attacked for, among other things, creating “a bad look”, betraying the gay and progressive community, and being “irresponsible and dangerous” for being seen with Bush.

DeGeneres has since replied, “Here’s the thing: I’m friends with George Bush. In fact, I’m friends with a lot of people who don’t share the same beliefs that I have. We’re all different, and I think that we’ve forgotten that that’s OK … Just because I don’t agree with someone on everything doesn’t mean that I’m not gonna be friends with them.” DeGeneres has so far failed to placate her critics.

A new book by the British writer Douglas Murray, The Madness of Crowds: Gender, Race and Identity, is a brilliant analysis of the world in which we now seem to be living, in which a gay liberal woman is condemned on social media because she’s friends with a heterosexual conservative man.

Douglas describes the new political and social culture of the US, Britain and Australia whereby people are encouraged to discover not how we are all essentially the same as each other, but how we are all different – and how we will always be different, with all the consequences that follow. Instead of looking for things on which to agree with each other, we’re urged to emphasise how many things we disagree on. As Murray notes this is not a recipe for long-term social cohesion. His previous book was titled The Strange Death of Europe: Immigration, Identity, Islam.

The Madness of Crowds offers a few DeGeneres-like examples of what happens when people step out of their assumed identity. In 2016 at the Republican national convention, the billionaire entrepreneur Peter Thiel gave a speech endorsing Donald Trump. Thiel was condemned by the most prominent gay magazine in the America. Thiel is gay. Last year when  Kanye West met Trump in the Oval Office, he was criticised for meeting  a white Republican. West’s response was he rejected the idea that “if you’re black you have to be a Democrat”.

Murray writes that organised religion and the “grand narrative” of human equality has been replaced with a search for meaning “by waging a constant war against anybody who seems to be on the wrong side of a question which may itself have just been reframed and the answer to which has only just been altered”.

He highlights how the public sector, universities and increasingly the corporate world are in the grip of a mania for diversity and difference based on gender and race, but not on other characteristics such as religion, political opinion or, interestingly, socio-economic class. Furthermore, the notion of “diversity” is full contradictions.

“For instance, every firm that makes a concerted effort to promote people of colour, women, or sexual minorities will always arrive at a moment where they make some version of the following discovery: the people they have promoted are themselves likely to be comparatively privileged. In many, though not all, cases they are people who have already been well served by the system …

“At companies across Europe and America which have adopted this approach to hiring, a common story is emerging, albeit one only talked about in whispers. For people in such companies are gradually realising that there are costs to all this. That is, while their companies have managed to increase female mobility and ethnic minority mobility, their level of class mobility has never been lower. All they have managed to do is build a new hierarchy.”