Don’t Know Much About… 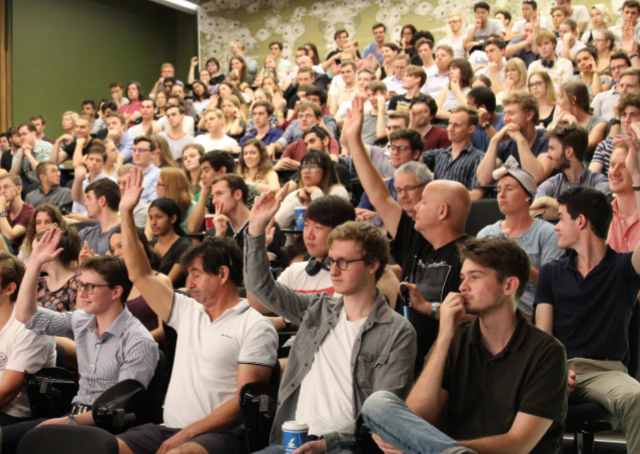 Yesterday Education Minister Dan Tehan announced that university students will now be paying up to $14,500 per year to study the humanities, an increase of over 110 per cent.

On all likelihood, the fee hike will mean a larger bill for the Australian taxpayer as many humanities students leave university without the skills needed to get a job and start to pay back their HECS debt.

This news has of course been greeted with outrage and anger from the National Union of Students as well as the National Tertiary Education Union.

This is very true. Students studying the humanities do indeed deserve better. They deserve much, much better. This is because Australian undergraduates who have been enrolled to study degrees in the humanities have not in any way been getting their money’s worth.

Students are, in short, being swindled by their institutions.

The idea behind studying the humanities used to be so that students were equipped with the tools to try make sense of and understand the world through the Western tradition of art, culture and philosophy. This is no longer the case. If you think Australian undergraduates are getting Plato or Socrates, Shakespeare or Dante, think again.

Instead, students have been getting fed a very depressing and thoroughly predictable diet of “new humanities” subjects based entirely around the postmodern theory of identity politics.

All subjects, whether it be history, literature, art or geography, must be shoe-horned into the idea that everything in the world is simply a societal power struggle of class, race and gender.

For the entire duration of their university careers, students have the same thing drummed into them repeatedly, by ideologically driven academics who present this single world view to undergraduates.

Let’s have a look at some of the courses which have been on offer.

At the University of Western Australia, students have been taking Community, Power and the Common Good in which they have, “explored the community engagement and community empowerment through…social justice, power, equality and inequality, ethical public behaviour (and) theories of community building”.

Students studying history have been getting an especially raw deal.

At least if you sign up for a degree in gender studies, you expect a generous dose of feminist studies and Queer Theory. However, students studying both world and Australian history have been finishing their degrees with a completely distorted view of the world in which the past is viewed as a contest between the oppressors and the oppressed.

Australian history especially, has been repackaged and relabelled as a social and political commentary on contemporary issues rather than a study of actual history.

At Monash University, those enrolled in Australian Stories: People, Place, History explored “crime and punishment, gender and sexuality, the environment, family (and) race relations”, while students at the University of New South Wales taking Inequality in Australia were asked to consider “how was inequality influenced by race, gender, sexuality, age and disability?” and “when and why did it become a political issue?”

It is clear that Australian taxpayers have been funding the creation of a social warrior underclass of disaffected young Australians who emerge from universities with a particular view of Australia’s history which colours their view on Australian society.

It is no wonder that these Australians have been taking to the streets decrying “racism” and wanting to expunge our history by tearing down monuments and statues.

Rather than more technocratic tinkering with university fees, the government should simply cease providing taxpayer support to any organisation that attacks and undermines Australian values.

This not only means ending funding for humanities departments, but also for our national broadcaster, the ABC, which has been a cheerleader of division through its relentless editorialising based on identity politics.

And it means no more funding for government and quasi-government organisations, such as the Australian Human Rights Commission, which spends its days soliciting complaints from Australians about how racist this country supposedly is and censoring freedom of speech.

The main dividing line of our time is not left or right, but identity politics versus mainstream Australian values.

Mainstream Australians, regardless of their race, ethnicity, or background value our egalitarian way of life, liberal democratic institutions, freedom of speech, freedom of religion, hard work, small business, home ownership, and seek a better life for themselves and their children.

There is far more that unites than divides us as a country. The humanities departments at universities must stop their relentless attack on the Australian way of life or lose their funding altogether.