HomePUBLICATIONSHey…What Did I Miss?Does The Easter Bunny Have A Permit?

Does The Easter Bunny Have A Permit?

This graph shows what the election should come down to: Which party is offering a solution to our growing energy crisis? 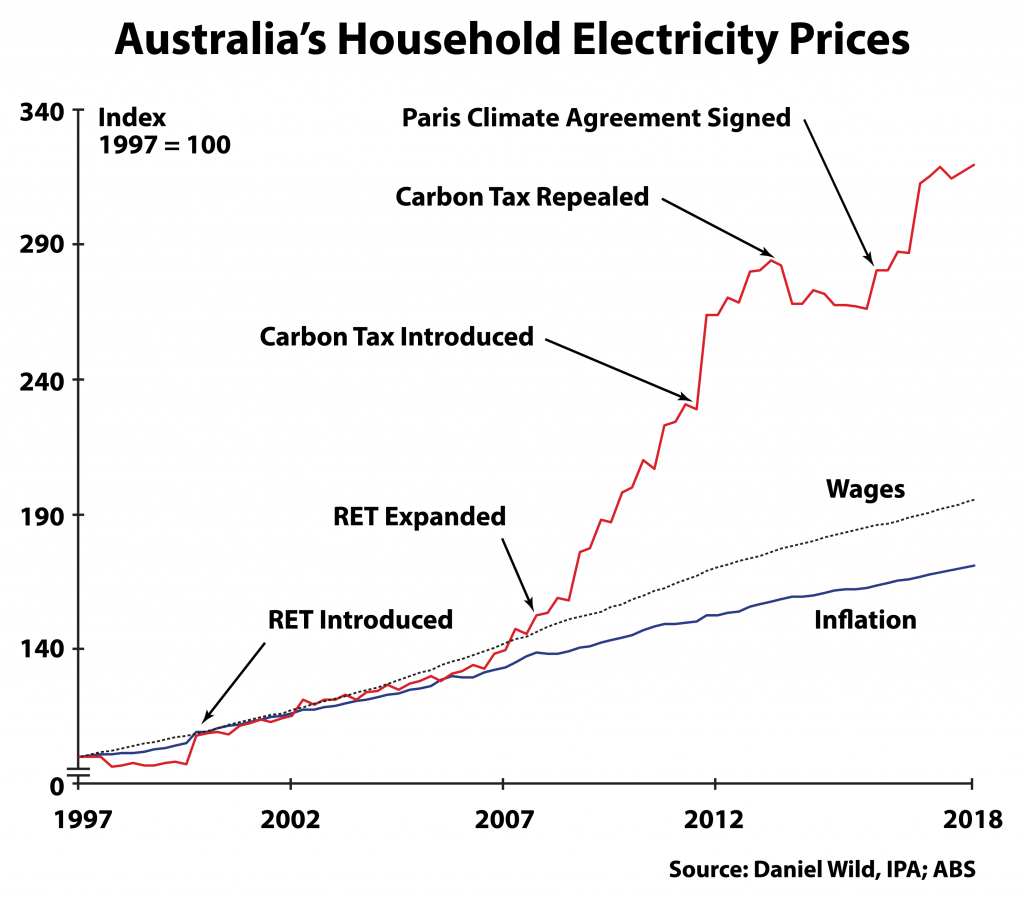 Three weeks ago he was in the White House when Trump signed the executive order mandating free speech on campus, and this week he’s been a guest of the IPA. Professor Mark Bauerlein sat down with Andrew Bolt on Tuesday night’s Bolt Report to discuss the problems we face in a digital age that promotes ignorance of the great books:

The French review was released on Saturday and recommends universities implement a new code of conduct that ensures free speech is a paramount value for students, staff, and visitors on campus. Matthew Lesh welcomed the review’s findings and called on “universities to act by reforming their existing policies that threaten free speech.”

The ACTU’s ‘Change the Rules’ protest shut down Melbourne’s CBD yesterday. Gideon Rozner said the protests were “illegal” and “based on lies” about inequality and the gig economy that is allowing thousands of Australians to experience the dignity of work. Watch Gideon’s scathing video on the ‘Change the Rules’ campaign here.

It wasn’t the only disruption on Melbourne’s streets this week. Radical animal liberation activists caused chaos on Monday when they blocked Flinders Street and invaded farmers’ properties around Australia. Since Victoria Police sent Milo Yiannopoulos a $50,000 bill for their policing of violent left wing protests at his event, I’m sure the unions and vegan activists can expect their bill in the mail soon.

One does not normally associate a children’s Easter egg hunt with catastrophic injury and death. But UC Berkeley understands the risks faced by children picking up five pieces of chocolate on a flat grassed area. Parents were forced to wait half an hour in line to sign the detailed waiver.

Each year the Friedman Liberty Conference in Sydney brings together people from around the world for Australia’s largest pro-liberty event. A number of us at the IPA including John Roskam and Scott Hargreaves are speaking at this year’s event from May 23-27. Have a look at the list of speakers here, and secure your tickets here.

Theresa May has opened up talks with Labour in an attempt to pass her Brexit deal. In this National Review article, John O’Sullivan argues that across Europe the major parties of the left and right have formed establishment coalitions to oppose anti-EU movements. O’Sullivan sees the importance of Brexit for the future of Britain and argues that “hard-line Remainers [have] switched consciously to a European political identity over a British one.”

Wayne Swan saved Australia from the GFC…just ask Wayne Swan. For the real story of how Australia avoided the GFC, read Burchell Wilson’s piece in The Spectator Australia this week about the business investment allowance that was a “silent policy triumph” devised by Greg Evans, Peter O’Brien and Des Moore. As Burchell also points out, if only today’s business leaders “would refocus their advocacy intelligently, they could quite easily lead us out of more than a decade of policy drift”.