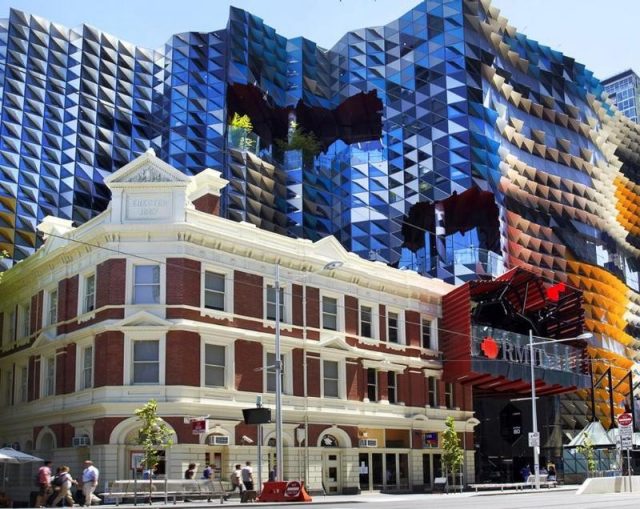 If what happened at RMIT University in Melbourne last week was a one-off event, it could be laughed at as the behaviour of a single rogue academic.

But the pity is that the actions of a senior lecturer in mechanical engineering at RMIT University, Hormoz Marzbani, neatly encapsulates the intellectual crisis at Australia’s universities. Our universities now engage in partisan politics and ideological barracking not disinterested intellectual inquiry.

Marzbani informed his students that if they attended the climate strike, they would be awarded full marks for that day’s assessment. The students’ work requirement was “All you need to do is email me a group selfie in the crowd”. Helpfully Marzbani enclosed with his message the details for the time and location of the strike.

The administration of RMIT University, in response to media inquiries, replied: “While the teacher has determined that the conversation at today’s global climate strike is educational and relevant to the learning for this project, RMIT will of course be looking at the decision to ensure that assessment integrity is maintained.”

Marzbani is only a senior lecturer. At the University of Melbourne, John Prins is a professor and head of its medical school. Last week he wrote to students saying they were “encouraged to consider joining with staff” at the climate strike. Marzbani and Prins occupy positions of trust and respect — positions they’re willing to misuse.

At universities a few levels up from professors are vice-chancellors. Earlier this week, it was revealed that Sandra Harding AO, the Vice-Chancellor of James Cook University in Townsville, has authorised the university to appeal against the decision of the Federal Circuit Court that found that in 2018 the university had unlawfully dismissed its professor of physics, Peter Ridd. The university was ordered to pay $1.2 million in damages and penalties. Ridd had questioned the evidence upon which other scientists had based their opinion that the Great Barrier Reef was dying.

For its appeal, JCU has engaged one of the country’s leading barristers, Sydney-based Bret Walker, SC, to argue that Ridd as a university employee was not entitled to freedom of academic enquiry. What JCU is paying Walker and its two other barristers is as yet unknown. What is known is that someone of Walker’s ilk can command fees of $20,000 a day. It is also known from a freedom-of-information request that until April, JCU had already spent more than $630,000 in legal expenses on the case. JCU’s legal bill is paid by taxpayers. Ridd’s legal expenses are paid from his own pocket and from donations via an online public appeal.

Lest it be thought that these three examples all relate only to climate change and that intolerance of differing viewpoints doesn’t extend to other fields of academic endeavour, the evidence says otherwise. After an outcry from its staff, the Australian National University spurned an offer of funding from the Ramsay Centre for Western Civilisation to provide the sort of undergraduate course that up until a few years ago would have been regarded as completely unexceptional.

Australia’s university students are beginning to realise what’s happening because they see it in class every day. According to a survey of 500 students commissioned by the Institute of Public Affairs, 31 per cent of respondents have been made to feel uncomfortable by their university teacher for expressing an opinion. Even more damning, 58 per cent of students feel they are more exposed to new ideas on social media than at university.

Before too long Australia’s universities could be hit by another crisis — a financial one.

In 2017, 27 per cent of students enrolled in Australian universities were from overseas and 32 per cent of those students were from China. Analysis by the Centre for Independent Studies reveals at that at University of Sydney, Chinese students account for more than 20 per cent of the university’s revenue. Many would argue such a revenue model is unsustainable and that short-term economic profit has taken priority over the maintenance of quality.

Australia’s universities need to keep in mind that when institutions are in crisis one of two things happens.

Institutions reform or they die.