The Cut That Dare Not Speak Its Name Recent calls for Scott Morrison to commit to tax reform are well made. But given his and his government’s track record, it might be best to leave the task to someone else.

Given how the PM somehow allowed his efforts at ensuring religious freedom to turn into a debate about whether schools can expel students who are gay, it can only be imagined how in their current condition under their current leadership the Liberals would manage a public discussion about something like inheritance taxes or whether homes should be subject to capital gains tax.

The Liberals have given up reform to take refuge in the culture war bunker. Virginia Star 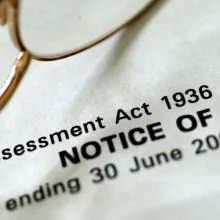 The Liberals have given up reform to take refuge in the culture war bunker. Virginia Star

The Liberals stumbling around on tax reform, as they’ve stumbled around on most things for the last few years, could easily set the cause of reform back a decade. In 2014, when the then attorney-general George Brandis declared that freedom of speech in Australia was founded on ‘the right to be a bigot’, he torpedoed (either deliberately or not) any potential for legislative change, and the Liberals quickly retreated to a bunker to hide from the country’s culture wars. (A bunker from which they are still scared to emerge.)

It should be remembered that when it comes to tax, the Liberals have been just as willing to tinker at the margins of the system as have been Labor. The problem is, though, that none of that tinkering qualifies as reform and most of the time it’s involved the imposition of new taxes. The deficit levy, the bank levy, and higher taxes on superannuation balances are just some of the additional taxes introduced by the Liberals since 2013.

There’s been much discussion about how the Liberals’ reluctance to deal with the financial consequences of their management of COVID has eroded the party’s public reputation for lower taxes and fiscal responsibility, but the truth is any such reputation was beginning to dissolve long before the pandemic.

The Liberals’ last serious attempt at economic reform of any sort was Joe Hockey’s budget of 2014. Within months most of its key measures were abandoned, and by the end of the following year Hockey had not only lost his job as treasurer, he’d left Parliament completely, and Tony Abbott was no longer prime minister.

No country has ever got more prosperous by increasing taxes.

Under conditions where Australians have become accustomed to the largesse of government spending financed by borrowing from future generations, reform is risky. That’s why it’s understandable why the Liberals won’t go anywhere near tax reform.

In years gone past one of the sources of pressure for reform would have been the government’s own advisers in the commonwealth Treasury – not now. A few days ago in evidence to the Senate, Treasury secretary Steven Kennedy said Australia’s soon-to-be trillion dollars of debt “would have to be addressed in coming years”. Rarely have such dispiriting words been uttered by a senior public servant. This sort of “yes – but not now” approach to reform pervades Canberra.

There’s also the question whether tax “reform” is reform designed to get for the government more tax, less tax, or the same amount of tax collected in a different way. Some of the more thoughtful Liberals appreciate that increasingly tax “reform”, at least as it is currently spoken about, involves the first of those options.

In an important article in this newspaper on Monday, six senior current and former leaders in business and politics spoke of how the current tax system relies too heavily on personal income tax and deters investment.

They all spoke about the need for tax reform – and they’re not wrong. But not one mentioned the need to cut taxes. Instead, their comments were about improving “efficiency”, “equity” and reducing tax avoidance.

The remarks in the article by Ken Henry, the former treasury secretary, that “it also makes sense to overhaul our antiquated tax system now so that if there is a need to lift the tax take at some future time, which today looks very likely, this can be achieved with minimal economic damage” should make Liberals wary.

Tax reform should not be about making it easier for the government to raise taxes. Tax reform should be about cutting taxes. No country has ever got more prosperous by increasing taxes – something the advocates of tax “reform” should remember.