Rule Of Law, Not Rule By Lawyers 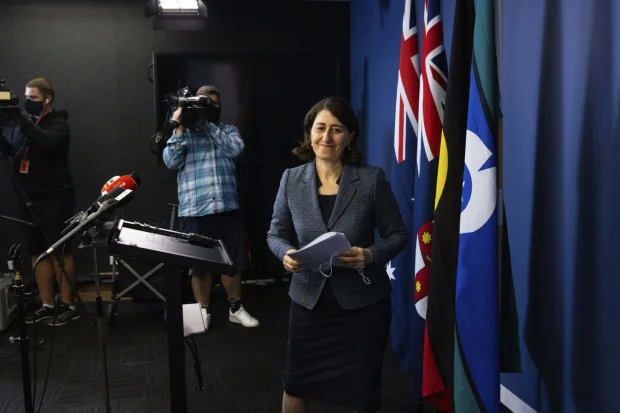 A federal Independent Commission Against Corruption would make Australia’s politics even more like America’s politics than it is already.

In America, political questions are increasingly adjudicated not in the court of public opinion, but in courts by legal argument. Two of the most controversial questions in US politics of the last half century, abortion and same-sex marriage, were decided by a vote of judges, not the people.

Of course some would say, and they do say that it’s better to leave decisions to those who know what they’re doing. If you give people the vote, they might choose Brexit and Donald Trump.

The result of the Brexit referendum in June 2016 was challenged in British courts for years through numerous legal challenges, with the notion that Britain would leave the EU not finally settled until Boris Johnson’s election victory in December 2019.

According to a count by the Washington Post a few months ago, former US president Donald Trump was facing no less than 29 different lawsuits.

That’s the sort of political culture a federal anti-corruption commission would foster in Canberra, and it has already started happening at the state level.

In NSW, three premiers have lost their job, not as the result of an election or a party leadership vote but because of ICAC prosecutions and investigations. The ICAC finding against Nick Greiner was, of course, later overturned in the NSW Court of Appeal.

It’s no surprise that among the most vigorous agitators for a federal ICAC are lawyers and retired judges. There’s hardly a lawyer born who doesn’t believe they’re smarter and wiser than everyone else and if only they were able to govern as a philosopher king, untroubled by the passions of popular opinion they don’t agree with, the world would be a better place.

Fortunately, Australia isn’t (yet) ruled by people holding the post-nominal of QC or SC. Democratic politics is messy and noisy, with lots of horse-trading, pork-barrelling, and sometimes even broken election promises.

A grubby political deal is not necessarily a corrupt one and it should be voters that decide whether it is or not, not lawyers applying their own subjective and vague criteria of what’s ‘corrupt’.

The definition of ‘corrupt conduct’ in the NSW Independent Commission Against Corruption Act includes ‘any conduct of a public official or former public official that constitutes or involves a breach of public trust’. The public should decide whether its trust has been breached, not bureaucrats.

A few weeks before the 2010 federal election, Julia Gillard famously said: “There will be no carbon tax under the government I lead.”

A year later, she did precisely what she promised she wouldn’t do. What Gillard did might have been a breach of public trust, but it was hardly ‘corrupt’.

That’s politics. At the 2013 federal election, the ALP was punished by the voters. A Commonwealth ICAC, had it been operating at the time under similar terms as the NSW ICAC, may well have investigated Gillard. Which would have been a travesty. Politics should not be litigation by another name.

Given the track record of the NSW Independent Commission Against Corruption, it’s remarkable the impetus of debate about such commissions instead of being about how they can be abolished, is about why Australia should have more of them.

All the arguments against anti-corruption bodies are well-rehearsed and they’re all true. Such commissions overturn the rule of law by, for example, abolishing the privilege against self-incrimination; they duplicate the work of other agencies; they traduce reputations; their ‘independence’ means they’re accountable to no-one; and inevitably they turn into self-perpetuating, publicity-seeking vehicles for their own self-promotion.

Beyond all of these problems is the question of what a federal ICAC would do to the nature of our politics.

While the Coalition is tip-toeing towards the final draft of legislation for a federal ICAC, Labor leader Anthony Albanese has promised an anti-corruption commission ‘with teeth’ to ‘restore confidence in our political system’. Most likely, over time, a federal ICAC will do the very opposite.