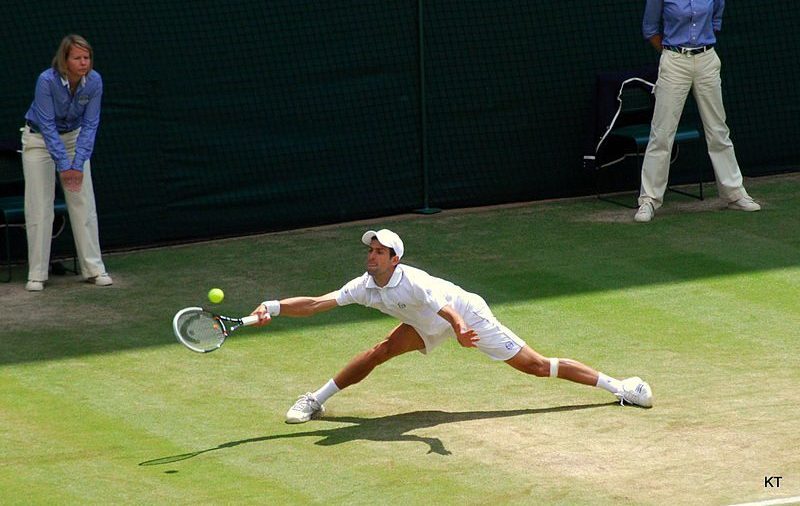 Originally appeared in The American Conservative

If he plays, frustrated Aussies will cheer on not just a sporting champion, but a champion of freedom and the rule of law.

The swift and resounding judgment by the Federal Court of Australia to let tennis superstar Novak Djokovic stay in the country was a humiliating unforced error by a government that has become accustomed to imposing draconian COVID-19 policies.

When Djokovic tweeted ahead of his departure for Australia for the first of the year’s Grand Slam tennis tournaments in Melbourne, he could not have anticipated the political storm he would cause. Nor could he, with a temporary travel visa and government documents in hand, have anticipated that his arrival at Melbourne airport would result in his detention and, within eight hours, being told his visa would be cancelled and he would be deported.

Djokovic could not know any of this because it is difficult for anyone outside Australia to understand the Covid-mania that has gripped this country. Australia’s fanatical pursuit of a Covid-zero fantasy has only succeeded in producing heavy-handed rules empowering arrogant and unqualified politicians and bureaucrats.

In other words, the Novak Djokovic saga did not come out of nowhere, but perfectly exemplifies a once-liberal-democratic country’s embrace of lawless Covid-zealotry as a pretext to impose a draconian style of government.

Prior to his arrival in Australia just before midnight on January 5, 2022, Novak Djokovic was diligently complying with the rules. In addition to holding a temporary visa entitling him to travel to and remain in Australia, Djokovic had also received a certified medical exemption from vaccination from the tournament organizer, granted after review by a panel established by the state government of Victoria. Djokovic also received a document from the Department of Home Affairs informing him that he met the requirements for quarantine-free arrival into Australia.

Within hours of arriving in Australia, however, Djokovic was notified that his visa might be cancelled. At 4:11 a.m., a government official issued a notice of intention to cancel Djokovic’s visa, and gave him 20 minutes for further explanation. Djokovic asked to be given until 8:30 a.m. to contact legal and other representatives.

The delegate agreed to give Djokovic until 8:30 a.m., but by 6:00 a.m. officials were pressuring Djokovic to agree to an immediate cancellation decision. At 7:29 a.m., the officials cancelled the visa, which was handed to Djokovic at 7:42 A.M.

Between the time that Djokovic had announced that he was coming to Australia and his arrival in Melbourne, the federal government radically changed how it would enforce its unclear border regulations. At one point, the rules meant Djokovic’s evidence of prior Covid-19 infection in December was enough to allow him into the country. Suddenly, it wasn’t.

In circumstances that can only be described as Kafkaesque, the government retroactively withdrew the approval it granted to Djokovic to enter the country by way of a temporary visa, then argued that Djokovic was in breach of the rules it had retroactively decided to enforce.

Djokovic’s victory over the government in court was a victory for the rule of law, but such victories have been exceptionally rare in Australia over the past 22 months.

The only reason the Federal Court landed on the side of the Serb is because his case was too obvious. Djokovic complied with every rule for entering the country as he understood it, and the federal government acted unreasonably and in a persecutorial manner by detaining him and cancelling his visa. It was a lawless act motivated by political expediency and carried out by a rudderless political class that was given its well-deserved comeuppance by the court.

Previous legal challenges that have asked the courts to make value judgments about the proportionality of Covid measures have revealed the judiciary’s general unwillingness to step in. The courts have granted bureaucrats and ministers enormous discretion to define what counts as a “reasonable” use of public-health-emergency powers—effectively allowing bureaucrats to define the limits of their own power. At a time when oversight and accountability have been most important, the main institutional check on executive power has instead given the executive unlimited space to implement its will.

It is hard to say to what extent the court has fed the arrogance of the political class and its readiness to take advantage of pandemic powers, but it surely has not helped. If at any point some limitations had been applied to the use of public-health powers, then perhaps those powers would not have been so abused.

Perhaps Zoe Buhler, pregnant mother, would not have been forcefully handcuffed and arrested in her house for the alleged crime of inciting non-compliance with public-health regulations after she posted about a protest on Facebook.

Perhaps the ongoing restrictions on movement between the Australian states would have been scrutinized. The lack of free movement has undermined the basis of Australia’s nationhood and has cruelly separated families and loved ones as they lie on their deathbeds or attend funerals.

Perhaps the illogical decision to impose vaccine mandates on workers too would have been scrutinized. In Australia’s largest state, New South Wales, the government is asking vaccinated-but-infected health-sector workers to return to work to address a staff shortage, while workers who are unvaccinated but not sick remain out of work.

Perhaps if politicians had not been given carte blanche to issue innumerable draconian measures that treated Australians not as citizens but as subjects of a biomedical security state, then the federal government would not have been served this humiliation now.

The Djokovic saga reveals the moral compass of many Australians has been turned on its head. Many reacted to the news that Djokovic had been allowed into the country with anger, something that would have been preposterous prior to March 2020. But this is now the default setting of a populace which has been gaslit into believing in equality of misery and shared oppression. Instead of being angered by rule-makers issuing farcical regulations, many turn their anger on the non-compliant. Even if, like Djokovic, people are compliant with the letter of the rules, the many still count them as non-compliant with the rules’ repressive spirit, and bristle. “If I have to get vaccinated to keep my job,” they say, “then so should everyone else.”

It doesn’t help that official opposition to these regimes continue to be ineffectual. Federally, the left-of-center Labor party promises only harsher Covid rulemaking. But in the state of Victoria, which is hosting the Australian Open, the nominally right-of-center opposition leader Matthew Guy argued that, “if there are kids being booted off junior footy [referring to the sport of Australian Rules Football] because they’re not vaccinated, well why then at a state government facility…are we inviting major tennis players who are not vaccinated?”

A better question would be whether young football players should have so much less freedom than adult tennis players. That Australians have generally not heard this argument from their elected representatives is indicative of a public-health egalitarianism that asserts, in a scenario where one person has more or less freedom than another, that all freedom should be taken away.

We are still in the first month of the year, but 2022 is already shaping up to be a continuation of Australia’s 2021 embarrassment, when the country first became synonymous with overbearing public health tyranny. While many Australians are still stuck in Covid hysteria, an increasing number are beginning to recognize the reality that the rights and freedoms too easily surrendered to governments are not easily given back. Unless bumbling ministers intervene, Novak Djokovic will be competing in the Australian Open, where millions of frustrated Aussies will cheer on not just a sporting champion, but a champion of freedom and the rule of law.