Latest data shows that Aussie men are still out of work

The number of prime-age men out of work still hovers at around one in five, according to recently-released census data.

Earlier this year, the IPA published a report showing that the number of men with paid employment entered a freefall in the 1960s. According to census data, over 96 per cent of men aged between 20 and 54 were employed. By 1996 – following the Keating-era recession – the work-to-population ratio among working-age men had plummeted to its historical low-point of just over 78 per cent.

The good news is the work-to-population ratio among working-age men continues to trend upwards. As at the 2016 census, the ratio had risen to just over 81 per cent (see Figure 1). This improvement in the rate of male joblessness should be welcomed as a positive development. 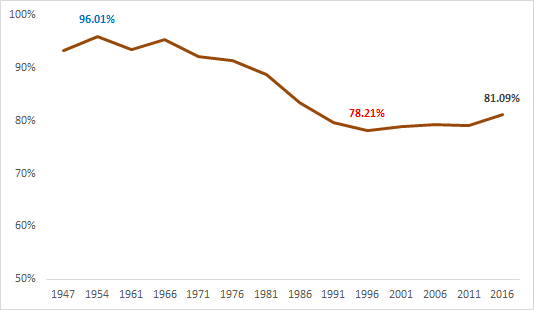 However, notwithstanding this progress, the work-to-population ratio among working-age men is far from ideal. Having almost 20 per cent of Australia’s prime-age males out of work is still far too high.

The glacial return of Australian men to work is particularly disappointing when compared with the rate at which women have entered the workforce. Over the past two decades, the work-to-population ratio among prime-age women has risen by over 10 per cent, compared to the male rate of just under 2.9 per cent (see Figure 2). In other words, it appears that women have returned to work at almost four times the rate of men since the last recession. 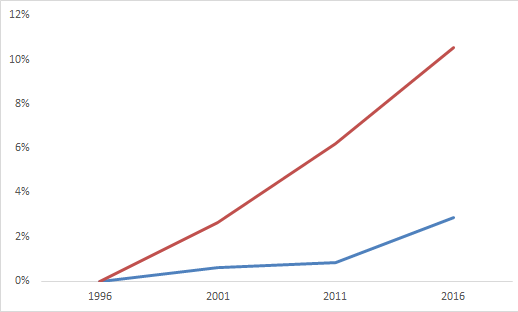 Data from the 2016 census also confirms that higher work rates among women cannot be attributed to an increase in the number of ‘househusbands’. As Figure 3 shows, women still spend many more hours per week on unpaid domestic work than men. 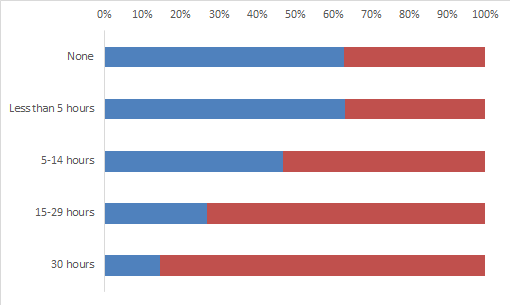 Census data also confirms that women are more likely to undertake unpaid childcare, though unlike unpaid domestic work, the ABS does not measure hours spent.

In short, the 2016 census has confirmed that far too many men are still out of work, and that these men are still not using their spare time to pick up the slack at home. The recent improvement in the male joblessness rate – welcome as it is – is not enough.

As the IPA said when our study of men without work was first released, policymakers must move to address this silent crisis. Measures should include reforming the Fair Work regime to make it easier for the long-term unemployed to enter the labour force, and reforming certain pensions to encourage the movement of recipients from welfare to work.