Australia has an embarrassment of riches. It possesses vast resources of high quality coal, both coking coal (for iron ore production) and steaming coal (for energy production), with low sulphur and low ash. Much of it can be mined at low cost by open cut methods. This endowment has become an embarrassment because coal combustion gives rise to the emission of the highest levels of CO2 of all the fossil fuels. Australia exports both large quantities of coal and of energy-intensive products like aluminium, so that emissions occur here rather than in consuming nations.

On the other hand, Australia has a vast land area and a dispersed, though comparatively centralised, (growing) population, so transportation requires more energy than is the case with many other nations, with fossil fuels powering this.

Both these factors make reducing greenhouse gas emissions in Australia difficult and relatively costly. How should it respond to the challenge of anthropogenic climate change?

Many Australians are under the impression that it can meet the challenge easily and cheaply. ALP leader Anthony Albanese stated in an interview on 20 October 2021, that renewables were now the cheapest form of electricity, suggesting that wind generators, solar panels and electric transportation would make the response an easy one.

But this was wrong – and typical of the mistaken beliefs of many renewables enthusiasts.

Non-hydro renewables have indeed become much cheaper when measured by what is called the  Levelised Cost of Energy (LCOE), (which is a tool used to do comparisons, see here for example) although spot prices of the polysilicon used to make solar panels have increased six-fold in the past year, thanks largely to the energy problems that have beset China and elsewhere. But LCOE misses many of the disadvantages and costs of renewables in an electricity system. What matters is the System Levelised Cost of Energy, and when this is considered, renewables cannot compete. Moreover, while their cost has declined markedly, the cost curve for both wind and solar has followed that typical of new technologies and flattened out – suggesting most of the cost reductions have already accrued.

The problems with renewables stem from the fact that they are intermittent and weather-dependent. Solar cannot produce electricity at night and its output is reduced when there is heavy cloud – such as that which crashed the network in Alice Springs a year or so back. Wind is variable and ‘wind droughts’ can occur for hours or even days.

A heavily renewables system requires storage, and storage Is expensive, driving its cost above coal. Storage is necessary on an inter-day as well as intra-day basis, and even inter-seasonal. The capacity factor of renewables is often 25-30%, so to meet average demand a generating capacity of three or four times the average is required – in fact more, because storage and discharge is often of the order of 85% efficient, so storage consumes perhaps 15%.

Storage is expensive. The American group Environmental Progress has calculated that it would require 15,280 storage centres the size of the largest existing in the US to provide 4 hours back-up for the US grid at a cost $764 billion, and 696 Hornsdale (South Australian) batteries are required to provide just 4 hours of backup power for the Australian grid. But that is only intra-day storage. What of inter-day storage?

The United Kingdom has recently had to fire up a retired coal-fired station because of a shortage of gas (especially inadequate storage capacity) and problems with the cable that allows it to draw on France’s predominantly nuclear capacity. But it has also experienced a prolonged period of very low winds – lots of what the Germans call a Dunkelflaute (dark doldrums) days.

This prompted Professors Peter Edwards and Peter Dobson and Dr Gari Owen to calculate the cost of backup required for a 50% renewables UK and a 100% renewables UK. Their estimate for 50% was £1.5Trillion ($A2.75T) and £3T ($A5.5T) for 100% renewables. If anything, this was an underestimate, because it assumed 100% efficiency of storage. But, of course, it was assumed that there was adequate excess renewable generation capacity pre-Dunkelflaute to charge the battery storage. (It should be noted that the UK system is of the same order of magnitude as that of Australia, but has fewer solar resources).

Renewables also incur substantial network costs. Non-hydro renewables have a very low density and considerable land-use requirements. To transmit the energy generated – which is Direct Current  (DC) and must be run through an inverter to synchronise with the Alternating Current (AC) grid frequency – vast additional transmission resources are required, and must be capable of coping with peak generation, but with only 25-30% utilisation.

(Because of the DC rather than AC issue, a largely renewables system lacks the inertia of a traditional electricity system which is underloaded with a ‘spinning reserve’ to cope with fluctuations in generation or load; the presence of high levels of renewables on the system requires batteries like the one in South Australia to stabilise voltage and frequency).

Moreover, if renewable electricity is to replace petroleum fuels for transportation (directly or in hydrogen fuels), huge amounts of additional capacity will be required.

Any sensible energy policy must consider all sources: nuclear, hydro, renewables and coal. Simply writing coal out of the equation because it generates the most CO2 per unit of electricity is simplistic foolishness. Technological advances mean that coal-fired electricity can produce cheap, reliable electricity with substantially lower GHG emissions, and therefore reduce Australia’s emissions if it were to replace existing plants. (It is also significant for developing countries, which are likely to want to industrialise and do so economically).

GE is now marketing advanced ultra-supercritical (AUSC) technology, calling it SteamH. SteamH combines steam plant technology operating with advanced ultra-supercritical conditions and a digital power plant data platform called Predix. GE claims 49.1% efficiency for AUSC, and the first plant, Pingshan power plant phase two in China of 1350MW was commissioned in December 2020. The average efficiency of the existing global coal fleet is 34%, and every 1% improvement in efficiency can reduce GHG emissions by 2-3%. So AUSC could reduce emissions from coal-fired power stations by 30-45% if they were replaced by best available technology.

The economics of renewables in a traditional, dispatchable system is well established. While the value of renewables initially increases, its value declines as its share of total generation increases. Australia’s renewables share has now passed 20% and the value of additional renewables capacity will in future decline considerably as backup and network cost accumulate. Coal cannot compete with subsidised, privileged near zero marginal cost renewables, so lower capacity factors destroy the value of existing generation plant.

In addition to the greenhouse gas (GHG) emissions and economics of different energy sources it is also important to note their resource requirements, life cycle impacts and other environmental impacts. For example, it has been estimated that the installation of sufficient wind turbines to meet US demand would increase the surface temperature of the country by 0.24°C mostly at night (when the increase would be 1.5°C).

But the really telling evaluation of renewables is in their resource impacts, especially compared with nuclear energy. For the same energy production, solar energy requires about 450 times the land area of nuclear and wind 400 times. Wind requires seven times the amount of concrete of nuclear, and solar about two and a-half times. Each of them requires about 17 times as much steel. Add in copper for generators and transmission.

What also must be considered is the energy consumed in the production of renewables, much of it in China where most PV panels and many wind turbines are manufactured, using coal-fired energy. Moreover, the manufacture of PV panels releases solvents such as sulphur hexafluoride and nitrogen trifluoride, with Global Warming Potential numbers about 20,000 times that of CO2.

When it comes to the end of economic life, solar panels produce 300 times the amount of waste as does nuclear energy, and both wind and solar are made of composite materials that are difficult to recycle, so most are currently sent to landfill. Both are at risk from extreme weather, and the catastrophic failure of wind turbines is well-documented.

Then there is the well-documented impact on birds and bats, an impact that extends to solar thermal generation, where the focused sunlight turns unwary birds into ‘streamers’.

A balanced energy policy must consider all sources and all their advantages and disadvantages – including all environmental impacts.

Looking only at coal-fired electricity generation without considering best available technology or the GHG emissions related to renewables regardless of where they are released is not a wise climate change policy.

Simplistic responses such as attempting to ban coal simply opens the door for rentseekers who have invested in the alternatives while shutting another door – that to economic development for the millions who lack access to affordable energy and the opportunity for the prosperity we take for granted.

Aynsley Kellow is Professor Emeritus of Government, University of Tasmania, and a Special Correspondent for the Institute of Public Affairs on COP26 and Net Zero 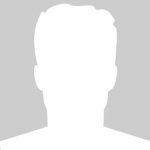