When It Comes To Red Tape Reduction, There’s Reason To Be Hopeful Last Friday night, IPA Director of Policy, Simon Breheny, appeared on Sky TV to discuss the upcoming Queensland election and some of the election commitments that had been put forward.

When Simon expressed his enthusiasm and support for the State Opposition’s pledge to cut red tape by twenty percent, he was met with a range of comments by his fellow panellists that red tape reduction is a “boring” policy and that the major problem was that it wasn’t “sexy”.

Despite these views, however, there are signs that the demand and appetite for red tape reduction is growing and that progress is being made.

Just last week alone there were a number of statements by significant figures that, while obvious, underline the growing realisation that red tape and overregulation are holding Australia back.

Firstly, two senior members of the business community, NAB CEO Andrew Thorburn and outgoing Wesfarmers CEO Richard Goyder, both referred to the fact that regulation is a handbrake on small businesses and innovation.

Goyder specifically referred to, as he put it, the “instinctive” desire of politicians and bureaucrats to erect ever-greater road blocks to our own small businesses.

Goyder’s view was backed up in the recent “Intergovernmental Review of Business Investment” released by the Federal Treasury Department.  The report stated that business believed “that regulation and intervention are often the first resort for policy-makers to deal with perceived market imperfections but these strategies risk undermining the incentives that drive businesses to invest and innovate in the first place”.

However, despite all of this, two speeches later in the week provided a glimmer of hope for Goyder and others.

Firstly, the Secretary to the Treasury, John Fraser, used a speech on Thursday to acknowledge the very real impact of red tape. Referring to Treasury’s recent report, Fraser said that “businesses feel that the cumulative burden of regulation on business is increasing, not decreasing.” He also said there was “widespread concern about the red-tape cost of doing business in Australia and the impact of the regulatory environment on the investment environment”.

However, one of his most telling remarks, which could almost be seen as a perfect confirmation of Goyder’s remarks, was when he outlined his “fear that policy makers in Canberra and in the States are not as alive to this issue as they should be when designing policy”.

In a neat contrast to these comments, however, Treasurer Scott Morrison finished the week by acknowledging the “need to release the shackles on Australian businesses by allowing them to compete in a global market without the burden of excessive taxation and stifling red tape”.

While these remarks do not achieve change on their own, they do show the growing awareness about the impact of red tape on Australian businesses as they seek to compete in the world.

The other recent factor which has raised the prominence of red tape as a factor when competing internationally is the work by US President Donald Trump to free up American businesses. In a speech last month, Trump said “We have stopped or eliminated more regulations in the last eight months than any president has done during an entire term. It’s not even close.”  While many may dismiss this as Trump hyperbole, the fact of the matter is that the number of new regulations under Trump is close to zero (in contrast to an average 13,000 a year under previous administrations) and he has pursued a policy of removing two regulations for every one new regulation introduced.

A one-in, two-out initiative in Australia, would really help level the playing field for our businesses and I’m sure they’d find such a policy anything but “boring”; perhaps even “sexy”. 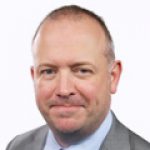