A freedom of information request undertaken by free market think tank the Institute of Public Affairs has revealed that the ABC has spent a record $7.2 million on advertising from 1 July 2020 and 21 May 2021, up from $5.5 million in the 2019-2020 financial year.

“In the midst of a global pandemic, when revenues in private media fell through the floor, resulting in job losses and salary reductions. The ABC decided it was appropriate to spend record amounts using taxpayer funds to diminish the market share of its commercial media rivals,” said Evan Mulholland, Director of Communications at the IPA.

The FOI request found that the ABC spent spent $5.1 million on market research and $500,000 on other promotional costs, making the combined promotion and market research expenditure a record $12.8 million.

“The ABC and its supporters claim that they are restrained by budget cuts, but that’s clearly not the case,” said Mr Mulholland.

“It’s completely inappropriate for the ABC to spend millions of taxpayer dollars promoting itself with Google ad words and billboards at the expense of commercial media who are forced to complete for revenue to pay for journalists and staff.”

“If the ABC wants to compete in the commercial space against private media rivals, the government ought to privatise the ABC or turn the ABC into a subscription service so there is a level playing field free of taxpayer funded interventions,” said Mr Mulholland. 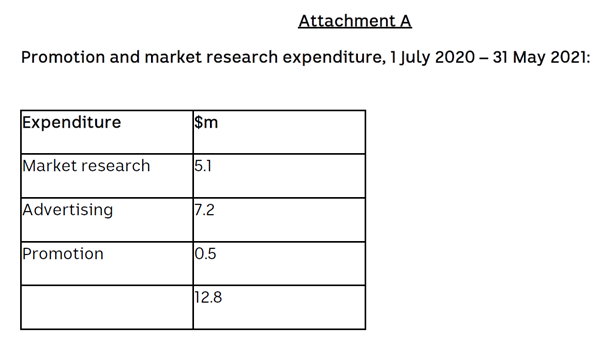