The Role of Dry Philosophy The ideas of economists and political philosophers, both when they are right and when they are wrong, are more powerful than is commonly understood .… Practical men, who believe themselves to be quite exempt from any intellectual influences, are usually slaves to some defunct economist. Madmen in authority, who hear voices in the air, are distilling their frenzy from some academic scribbler of a few years back.
– John Maynard Keynes in the final paragraph of The General Theory.

Just as a deceptively simple trophy once breached the walls of Troy, some three millennia later the deceptively simple beliefs of an apparently trivial minority brought down the Berlin Wall. Less spectacularly, in almost every country on almost every issue, these beliefs radically changed the way we are governed. In Australia, productivity nearly doubled in the 1990s and we survived the Asian crisis with barely a hiccup.

Dries, or as some say, economic rationalists are identified solely by the beliefs that they share, yet few attempts have been made to list their essential beliefs or to explain how they took the citadel.
For the first three-quarters of the twentieth century, philosophers and economists even of the standing of Adam Smith, Ludwig von Mises, Friedrich Hayek, Karl Popper and Milton Friedman had been portrayed as Canute-like figures admonishing the inevitable. The publications of the fledgling think-tanks of the 1960s and 1970s were dismissed as amusing intellectual games. The arguments of Bert Kelly, the Member for Wakefield in the Federal Parliament, were dismissed as quaint but irrelevant. Classical liberals every-where were portrayed as barbarians, successfully starved of academic recognition and derided or ignored as suited their opponents. In the last quarter of the century, ideas of long-standing, that can in part be traced back to the Levellers in the 1640s for instance, took root and flourished among men and women of political action, right down to individual voters. How these ideas were sown and nurtured by a minuscule band of mostly happy warriors is a tale well worth the telling.

Dryism’s roots reach deeply into beliefs about the nature of humanity, especially the Lockian notion that rights originate with the individual and that the function of authority is to protect the rights and liberties of citizens. A more arid philosophy could not have sustained the campaign. The powers of Crown, Parliaments and Courts are, therefore, held only in trust. The terms of this trust are the common ones that the entrusted powers will be exercised only on behalf of the intended beneficiaries and the beneficiaries are of one class—privilege is abhorrent. Nevertheless, dryism does not depend upon a metaphysical construct of society itself. Rather, society is what free and equal people make it, rather than some ‘form’ or ‘essence’ that is not necessarily observable.

Loyalty to beliefs and the values embedded in them can be almost tribal. They identify ‘us’ who are different from and better than ‘them’. It is, for instance, easy to imagine Margaret Thatcher asking disdain-fully whether So-and-So ‘is one of us?’ They offer individuals an opportunity to belong and a cause, if not to die for, then at least one to struggle for. Ours was the Good Fight! Beliefs impose consistency. For instance, against the common criterion of equal status in law, apartheid, ethnic subsidies and industry protection all seem unsatisfactory. And, among ends that almost nobody disputes, it is worldviews that establish priorities. Faced with the recurring trade-off between security and freedom, socialists draw a line nearer to security and liberals another line that is nearer to freedom.

‘Wet’ is a public schoolboy term meaning feeble or timid. The quintessence of a dry is, therefore, that he or she will face facts and take necessary action at personal cost.

As the term has evolved, how-ever, dries have become associated with particular interpretations of the facts and prescriptions of the necessary actions. Social systems, like eco-systems, developed by trial, error and elimination over a long time and dries doubt that man can redesign them to create Utopias. They note that attempts to do so have a dreadful record. History teaches them that people given authority over other people become tyrants even when they are well-intentioned. The dries’ world view does not include men and women of such superior understand-ing, morality and wisdom (particularly not themselves) that can be trusted to identify—let alone to run—the ideal society. Their formulae, therefore, tend to limit rather than to direct the employment of power and make fewest demands on the assumption of superior under-standing.

They do, however, require the state to treat its people as legal equals and to maintain the rules within which citizens can pursue their own goals, particularly employments, without unnecessary duress from government or private sources. Be-cause dries oppose privilege, they are bound to attract the ire of those who, through political influence, have won legally-enforced tariffs, occupational licences, ethnic subsidies and laws that prevent private choices that must, by their nature, discriminate. Unlike the societies of all of the Utopian ideologies, the societies that have tended to offer their citizens lives that are the least brutish and short are those where the government is a humble one, leaving alone what can be left alone and intervening only on the basis of legal equality. Like ecosystems, societies are not particularly fragile but, also like ecosystems, it only requires sufficient arrogance to make a mess of them.

Liberty-loving dries could no more have been an entity without their philosophy than the communists could have existed without theirs. However, the voices in the air that challenge them warn of the frenzies of madmen in authority and proscribe rather than prescribe. Holding out no vision of Utopia, dry philosophy may be boring, but dangerous it is not. The enmity that dries attract derives entirely from their consistent proscription of privilege. 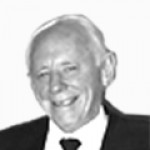