The Road to Brexit A new book demonstrates that European integration has always been an elite project, writes Sebastian Reinehr.

In his new book Continental Drift, American diplomat Benjamin Grob-Fitzgibbon demonstrates that, from its very first moments, European integration and centralisation was always an elite project.

As early as 1897, British Prime Minister Lord Salisbury declared: ‘The Federation of Europe is our only hope.’ In September 1946, Churchill demanded a ‘United States of Europe’. Many Tory elites, including future PM Harold Macmillan, agreed with Churchill. In 1947, Ernest Bevin, Labour Foreign Secretary (1945-1951), cabled diplomats in Europe saying a ‘United States of Europe’ would see Britain ‘take the lead in the anti-Soviet Coalition’. The ‘only way to restore Britain’s leadership in the world,’ he said, was through a ‘regional grouping of Western Europe’. And then by May 1948, the First Congress of Europe saw multi-party support.

Post-war reconstruction, a shrinking Empire, and fears about the Cold War, combined to create a social desire in Britain to integrate into Europe, reinforcing existing elite support. As the Cold War intensified, Russian threats in Europe grew. When Russia cut off East Berlin in June 1948, the threat became immediate. European security interests were thought to be in unification to ward off Communism. The necessity of post-war recovery and Soviet perils masked the dangers of a centralised Europe.

Despite the European Economic Community (EEC) being founded in 1957, Britain only joined in 1973—too late to shape many key decisions. French PM Charles de Gaulle, who thought Britain was ‘insular’ with a ‘deep-seated hostility to Europe’, twice vetoed British applications to join. By August 1973, 52 per cent of Britons opposed EEC membership. While De Gaulle’s motivations were political, he was correct in noting Britain’s difference to Europe.

On 5 June 1975, Britons voted in their first ever referendum. They wanted to remain in Europe. Labor, Conservatives and Liberals all supported remaining. Even Margaret Thatcher agreed. In an environment of Soviet aggression, economic uncertainty, rising food prices and an oil crisis, Britons were apprehensive to leave. Near unanimous support for Europe amongst politicians reinforced their hesitancy, painting Europe as the solution to Britain’s problems.

Euroscepticism took off in the 1980s. By 1984, Thatcher had become Eurosceptic, renegotiating Britain’s contribution to the ECC. In her Bruges Speech, she said Europe was not ‘an end in itself’, and decried ‘endless regulation’ and ‘suppressing nationhood’. In part, Thatcher lost office due to a split among conservatives over Euroscepticism.

Thatcher’s successor, John Major, rammed the Treaty of Maastricht through Parliament in 1993, increasing Brussels’ power. Sixty-nine Tories, whom Major branded a ‘poisonous infection’, signed a Eurosceptic petition. Major’s indifference to Eurosceptics saw the new UK Independence Party (UKIP) contest 24 seats at the 1994 EU elections. In 2014, UKIP elected 300 British councillors. They also polled higher than the Conservative and Labor parties in EU elections. This was the first time since 1906 a major party did not win a national vote.

The causes of Euroscepticism are wide and deep. There was annoyance and resentment at over-centralisation. European treaties shifted power from democratic parliaments to European bureaucrats. Indeed, around 50 per cent of all British laws flow from Brussels, with these regulations costing £600 million each week.

EUROPEAN INTEGRATION AND CENTRALISATION WAS ALWAYS AN ELITE PROJECT.

Poor European economic performance and unchecked immigration didn’t help either. The GFC and Eurozone crisis left EU countries with an average debt-to-GDP ratio of 80.1 per cent. Because Britain’s economy is stronger with lower unemployment, jobseekers from Europe have flocked there.

About a million people migrated to Britain in the 30 years from 1974. But in less than a decade, from 2004 to 2011, immigration numbers hit 1.5 million. Now, EU nationals in Britain are more likely to work than working-age Britons (75-80 per cent). Combining this massive immigration with European over-regulation caused angst amongst working class Britons.

In the last two decades, the sheer size of the bureaucracy has become undeniable. Europe has expanded from six to 28 countries and from one to six treaties. This consolidated Brussels’ power. What began in 1957 as a simple steel agreement evolved into shared tariff and agricultural policy, a European Commission, a European Parliament legislating in 45 areas, and binding European courts. Despite these challenges, Europe remained a political dream—479 MPs supported Remain while only 158 voted to leave.

The tense relationship between Brits and their bureaucratic masters in Brussels teaches us to be wary of grand, abstract and meaningless visions. Twenty-eight nations with deep and varying cultures cannot be bound together eternally. While a fear of war might do it, a long-term union between vastly different states seems impossible.

Placing power in lower levels of government is almost always preferable. Governments must spend prudently, and individuals must govern their own lives. Elite consensuses must be questioned. Britons never adored Europe like their leaders, because those leaders ignored some core principles: practicality, devolution, small government, individual freedom and listening to the people.

Continental Drift and Brexit teach us the value of defending decentralisation, empowering people and encouraging them to make their own decisions. Politicians who don’t listen face the same fate as those Europhiles who lauded a failed Brussels-based bureaucracy, deaf to public misgivings. 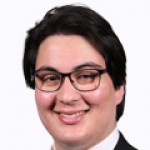