The Future Is Bright This article from the Winter 2013 edition of the IPA Review is written by Deputy Executive Director of the IPA, Hugh Tobin.

Over-population, food shortages and an environment on the brink of collapse. It’s easy to be pessimistic about the world’s future. This is why it is a relief to find that there are some scientists who still believe that the world might not be on the brink of collapse. Abundance: The Future is Better Than You Think outlines how human innovation is going to save us from the world’s greatest dilemmas, just as it always has.

Peter Diamandis, a space entrepreneur turned innovator, and Steven Kotler, a renowned science writer, lay out a vision for the future in which the basic needs of the world’s nine billion people are easily met. Within two decades there will be no hunger. No thirst. And education and health services for all.

Diamandis and Kotler focus on the power of small groups of individuals to take on grand challenges and overcome them for the benefit of themselves and humanity as a whole. With history as our guide, we see that technology has always continued to improve our lives exponentially and there is no reason that it won’t continue to do so. They argue that we should no longer see the poor as a burden and a problem we must fix. Rather we should start recognising the poor as creative entrepreneurs and empower them to help change the world from the ground up.

Abundance is a book all about science and yet it isn’t heavy to read which explains why it has been such a hit. If you are a fan of New Scientist then you will definitely get caught up in the exciting technologies that lay before us, and which hold the key to solving the world’s problems.

Some of the basic problems which have forever plagued the poor will soon be eliminated as the book explains in great detail. The ‘Slingshot’, for example, can transform raw sewerage, salt water or contaminated water into high quality drinking water for less than one cent per litre. And that is just one of the plethora of new technologies on the horizon that will change the world forever.

The book contradicts all the gloomy rhetoric that environmentalists drone on about such as the impending Armageddon, and leaves you with a sense of pride about where the human race has come from and is going. Abundance argues that the answer is not to ‘try to slice our pie thinner—rather it’s to figure out how to make more pies.’

Our lives have never been safer or more abundant with everything we can need or want and yet we seem more worried and risk-averse than ever before. As Diamandis and Kotler write, ‘When seen through the lens of technology, few resources are truly scarce; they’re mainly inaccessible. Yet the threat of scarcity still dominates our world view.’

That’s not to say that there aren’t serious problems. And we shouldn’t underestimate them. Billions remain in poverty suffering from hunger, preventable disease and without access to safe drinking water. By 2050 there will be 10 billion mouths to feed on the planet. It is this daunting fact that leads greens and others to call for population targets and new constraints on human consumption such as the carbon tax. The answer for them is to try and hold back the human race. To constrain it and control it.

China’s one child policy has resulted in 300 million fewer births according to the Chinese government. A major victory if your concern is population control. But the results have been barbaric. Bribery, corruption, suicide, backyard abortions, infanticide and forced sterilisation.

For the authors, the answers lie not with government restrictions or programs run by the United Nations. Instead we should look to philanthropists, innovators, and entrepreneurs. At the heart of the solution is the individual. A Do-It-Yourself technical revolution where maverick innovators can accomplish what was once only conceivable by large governments. With the technology that is within our reach not only can we feed and shelter everyone on the planet within two decades, but we can bring freedom to all of the people of the world as well. 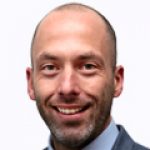