This article from the October 2012 edition of the IPA Review is by Director of the Work Reform and Productivity Unit at the IPA, John Lloyd.

The lax governance of Australian trade unions has come into sharp focus over recent months. Allegations about financial mismanagement and poor governance concerning a number of trade unions have been reported.

The affairs of the Health Services Union of Australia, the Australian Workers Union and the Electrical Trades Union have attracted attention.

Bill Shorten assures Australians that most union leaders are good guys and that we should not worry. He has toughened the regulations and all will be well. But behaviour in the real world is not modified through soft measures by a gullible Minister.

Unions and employer associations are required to lodge annual financial returns with Fair Work Australia (FWA). Many returns are late and incomplete. In 2010/11, 46 per cent of financial returns lodged with FWA were incomplete and unable to be processed within a 28 day time frame.

Workers who choose to become a union member contribute $500600 a year or more in membership fees. Additional levies are sometimes applied to assist in campaigns. This delivers millions in revenue to the union.

In addition, unions are involved in associated and third party entities that manage considerable funds. Superannuation, long service leave, redundancy and training funds come to mind. A number of unions establish corporate entities for special purposes. The financial activities of these entities are not covered in returns to Fair Work Australia.

The current arrangements under the Fair Work (Registered Organisations) Act 2009 are lenient and administered in a loose fashion. The returns for 2011 for a number of unions are not yet available on the FWA website. The penalties for a contravention are minimal and often not pursued.

Bill Shorten has proudly proclaimed a tougher regime with higher penalties. The supposedly toughened maximum penalties are now $33,000 for a union and $6,600 for an individual. They pale in comparison to contraventions by companies, their directors and officers. Under the Corporations Act 2001 maximum penalties for breaches by a director are $200,000 or a five year prison sentence.

A number of reasons for the scandals have been asserted. Many miss the point as it appears the causes could be inherent in the role of a union official and the culture of the labour movement.

The conduct of union leaders in managing industrial disputes often exhibits a cavalier attitude towards the law. Look no further than the numerous examples of failure to comply with tribunal and court orders.

A privileged and powerful position is conferred on unions by the workplace relations system. This is massively out of proportion to their membership covering just 13 per cent of the private sector workforce. Also, the career path of many union officials takes them into a parliament, onto a tribunal or into a government sinecure role when the ALP holds office.

Some union leaders appear to not grasp the financial pressures facing ordinary Australians and the importance of robust controls over funds management. ALP parliamentarians are disposed to take a soft approach with their comrades in the movement. The result is a lax regulation and a loss of respect across the community.

What can be done?

The Institute of Public Affairs has for some time advocated that the regulation of trade unions be transferred to the Corporations Act 2001.

This would guarantee tougher penalties for contraventions. Improved financial reporting and increased transparency would result. Union members would be better informed about the financial management and governance of the union and its related entities.

A complacent attitude to proper standards would involve substantial risk for those involved.

The current system influenced by the comradeship of the labour movement has passed its time and proved ineffectual. Reform to encourage proper standards of conduct is now required. 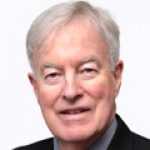