Our Rights and Their Ancient Origins This article from the May 2014 edition of the IPA Review is by former Researcher with the IPA’s Legal Rights Project, Vivienne Crompton.

Habeas corpus is an ambitious topic to tackle. Its mythic status makes it all too easy for researchers to get romantic about this legendary writ. The eighteenth century jurist Sir William Blackstone described habeas corpus as ‘another Magna Carta’. But, as Anthony Gregory demonstrates in The Power of Habeas corpus in America, reality is less straightforward.

Today, a writ of habeas corpus is used to bring a prisoner before a court to determine if their imprisonment is lawful. In practice, this means people cannot be jailed without charge. Habeas corpus (literally translated from Latin: ‘you have the body’) is a key right in the modern era but its birth in the medieval era was happenstance, and its function was the complete opposite of what it is today.

The ‘right’ of habeas corpus came into existence as a tool to get people physically into a court. As the author notes, the writ was used to ‘process detention, not to set them free.’ From that observation, Gregory launches into staggering detail onto the myriad twists and turns of habeas’ history.  His is a definitive and valuable addition to the historiography of one of our most important legal freedoms.

Gregory’s coverage of the United State’s adoption and development of the ‘Great Writ’ of habeas corpus is breathtaking in its detail. His focus is the implementation of the Writ in America, but he still acknowledges its inception within Britain. Like most histories though, he rushes through the medieval foundations of habeas corpus to what is perceived as the more ‘important’ legal aspects of the Renaissance and beyond. Yet the foundations of the law that we champion today have their roots in medieval Europe and deserve greater attention. The twelfth century, the height of the medieval renaissance, is arguably the legal century of Western history.  It is in this era, that we not only see the development of habeas corpus, but also common law itself, the jury system and the foundations of trial procedure.

The author’s research into the nation’s embracement of the Writ is both enthusiastic and exhaustive. The English colonists not only transplanted their way of life to the new continent, but their common law too. The New World created a radical interpretation of the Great Writ that would shape the first few centuries of the new nation. Keen to create their own legal system free from the restraint and interference of the Crown, the colonists were excited by the habeas corpus’ potential. Instead of Americans viewing habeas corpus as “something bequeathed to them by the Royal State,” they instead focused on its ability to curb the government’s power to detain free citizens.

The American colonists valued English common law in its idealised form, focusing not so much on its precedent but the intent of liberty behind the maxim. Magna Carta and habeas corpus were their rallying cries for individual freedom. They were innately suspicious of the legal system that had evolved under kings, yet claimed habeas as their own ‘American’ ideal.

As growing discontent grew to outrage over Britain’s treatment of the colonies, it was habeas’ guarantee that, as a free people, they should not suffer the contempt of the British Crown. A power that had developed in Britain as a means for the Crown to force people before its courts morphed into the radical ideal of the American colonies that habeas corpus would limit the power of the government so that no man would be held against his will. The War of Independence is the pinnacle of the Great Writ’s power as a force for freedom. Individual liberty via the Writ was guaranteed in statue throughout the colonies and held in highest regard by its Founding Fathers. However, the author regretfully notes that this ‘decentralised, anti-royal, revolutionary conception of habeas corpus did not last long.’

The War of Independence saw habeas’ greatest influence in its history but sowed the seeds for its own subjugation to executive power. The new, centralised government of the United States, like all bodies of power, did not want its authority curtailed. The fledgling United States emphasis on the power of the individual and that government drew its authority from the people, naturally developed a bottom up approach to habeas corpus. As a result, the greatest enforcers and protectors of the Writ were the states themselves. The constant power play between the states and the federal government often resulted in the states forcing to concede more of their powers to the central authority of Washington. As its greatest champions weakened, so did the importance of the habeas corpus. Instead of being used as a defence of freedom, the federal government used it as a promotion of their own centralised power. The Civil War and its aftermath saw Washington further consolidate its centralised influence. Habeas was readily suspended in order to incarcerate thousands who ‘obstructed the war effort,’ under the martial law that the United States government bequeathed upon themselves during the bloody years of bitter fighting. Ultimately, habeas’ fate and its treatment were cemented in the nineteenth century as ‘the US government attained supremacy over the states, limiting their authority and amassing power in the name of checking the vagaries of state government.’

The wars of the twentieth century saw habeas curtailed even further. Mass detentions of saboteurs, suspected Nazis and Japanese and Italian Americans were the executive’s response in world war two. Most occurred without even the pretence of judicial process. Gregory notes that the history of habeas corpus reflects that liberty always gives way to expediency.

The whirlwind analysis of centuries of legislation and case law halts to give a serious and ruthless assessment of habeas corpus in twenty-first century America. Gregory notes that US presidents have often been guilty of “habeas hypocrisy,” yet President Barack Obama took it to another level. Decrying the abandonment of any pretence of judicial process in his War on Terror, President George W. Bush’s program at Guantanamo rightly came under fierce fire by the then Senator Obama. Yet once he was in office, not only did he renege on his promise to reinstate due process and habeas principles, Obama would ‘ratify and even amplify Bush’s claims of executive power.’

Detention is key to Gregory’s hypothesis as to why habeas is so eroded in the twenty first century. Not just in the jurisdictionally dubious prisons such as Abu Ghraib, but also in their own domestic prisons. The United States makes up 5% of the world’s population, but 25% of the prisoner population. The author argues that the US citizenry and government have become too comfortable with locking up people that should never be in jail in the first place.  Dealing with such vast number of prisoners, parolees and accused is a monumental task, and the system is simply not coping. A plea of habeas corpus is beyond the reach of most accused because it is simply too long a process to complete. On average it takes ten years; most prisoners would end their sentence before they would hear the verdict.

Habeas corpus cannot hope to succeed in the modern detention state. The detention monolith is unwieldy and impossible to properly run. Overcrowding and corruption is rife, resulting in a prison system that has ‘staggering rates of violence and sexual abuse.’ There is simply not enough money or resources to insure the safety of the inmates. They may be criminals, but justice is not served by brutality.

Thus the State is inflicting on its prisoners the same deplorable acts that it is punishing its criminals for committing in the first place. Gregory contends that too many people who have not physically hurt anyone (such as drug users and tax evaders) are put into a system which is dangerous and suffer extreme (though unintended) violence from the State. When no one is concerned that the accused are routinely detained before trial, and those who have committed ‘victimless crimes’ are subjected to horrendous abuse, there is something very wrong with the system and the society.

In the face of such a proportion of the population being made criminals by the State, the author asks Americans to remember St. Augustine’s contention that an ‘unjust law is no law at all.’ Laws should not be there simply because the government wills it. The law should be a reflection of community ideals: natural laws such as murder are enforced in legislation because it is abhorrent, not because it is the whim of the executive. Laws passed by the legislature and executive may be valid, but only if it is in the best interests of the people they are purportedly serving.

Gregory is right to note that:

‘All governments endanger freedom. The powerful modern state presents particular threats to freedom. Whereas habeas evolved in medieval England amidst a legal atmosphere of competing, overlapping, and concurrent jurisdictions and power centres, today’s states and certainly the American state represent a much more vertically integrated and even more monopolistic power structure. Habeas corpus has become nationalised so as no longer to serve as a meaningful decentralist check on the central state’s detention policies.’

The Americans of the Revolution understood the importance of freedom, and rallied around the idea of individual liberty. They adopted habeas corpus and made it their own, imbuing with it the unshakeable belief that no government should ever have the power to detain a free man against their will. With the gradual centralisation of power to Washington, Americans have become complacent and accepting of their freedoms being curtailed. It is not enough to just hide behind the ideals of the Great Writ and hope that the executive and judiciary will respect its authority. America, and all democratic citizens, need to believe that our freedom is always worth the fight.

Since its introduction to the colonies, the fluctuating power of habeas corpus has reflected the extent to which Americans value their freedom. If they themselves are not willing to stand up to the unchecked might of the State, habeas will be powerless to stop those freedoms from ebbing away. 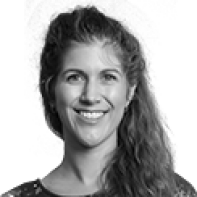