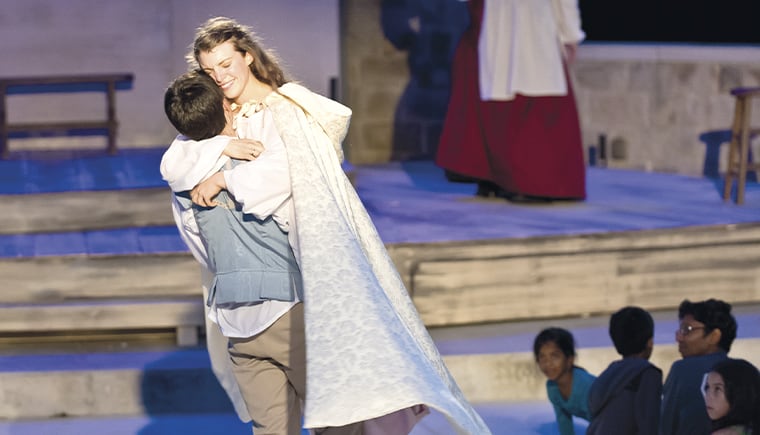 This article from the Summer 2020 edition of the IPA Review is written by IPA Director of the Foundations of Western Civilisation Program, Bella d’Abrera.

In 2010, the Foundations of Western Civilisation Program was established to defend and extend Australians’ understanding of the influential, historical role of the West in establishing many of the freedoms they enjoy today. Education has been a significant focus, especially on how the history of Western Civilisation is currently taught in schools and universities. Through its research program, the IPA has consistently stated the case that Australians should be taught about the debt modern Australia owes to the values and institutions of Western Civilisation. Much of the research has been focused on the National Curriculum, particularly the inadequate teaching of history. The presentation of history to Australian schoolchildren is inadequate and lacks depth. The National Curriculum fails to properly explore the rich, complex, and essential legacy of Western Civilisation on which Australia’s society and political system, and large swathes of our culture and history, have been built. Children in Australia are simply not taught the essentials of our free society, such as civil rights and personal responsibility.

For this reason, the Foundations of Western Civilisation Program has produced a new school unit which has been written by the program’s education adviser Robert Lewis. ‘Is Western Civilisation Part of Your Life Today’ is a fantastic classroom resource to help students understand the nature and origin of the present-day Australia in which they live. It provides a brilliant way of introducing and exploring relevant aspects of the Australian Curriculum at Years 7-10 for History and Civics and Citizenship. Students will better appreciate and critically evaluate the strengths and weaknesses of the society they live in, and that they want to develop in the future. The unit is designed so students will not only be able to identify the civic characteristics of their society, but also understand these features did not just appear. Their historical origins date back at least to Greek and Roman times. The unit covers topics including Ancient Greece, the influence of Rome, the idea of citizenship, the role of Christianity, the influence of Britain in the Middle Ages, the Renaissance and the Counter-Reformation, the Scientific Revolution, the Enlightenment, the Industrial Revolution, Political Revolutions, Colonialism, and Imperialism and Globalisation. Each chapter is accompanied by a range of classroom activities, asking—among other things—for to students map Western Civilisation in their community.

The great story of Western Civilisation is absent from the National Curriculum.

Students will learn the great story of Western Civilisation—a story absent from the National Curriculum. They will learn the West bequeathed a plethora of artistic, philosophical, literary, and legal traditions, many of which evolved during the Middle Ages. Men and women living in the fifth to 15th centuries possessed a confidence and appetite which Italian poet Dante Alighieri called a hunger for “the bread of angels”.

Wanting to know more, they invented the institution of the university. This epoch gave us a system of banking, modern accounting and commerce, markets, fairs and business centres. As Rodney Stark theorises in The Victory of Reason, capitalism began in the ninth century when medieval monks dispelled the Greco-Roman view that participating in commerce was degrading. Their “growing monastic estates came to resemble well-organised and stable firms … (that) pursued complex commercial activities involving a hired workforce guided by anticipated and actual returns.” Using the unit, teachers can introduce the idea that Ancient Greek drama was reborn in the medieval cycle of morality plays, setting the scene for William Shakespeare some 350 years later. This period saw the birth of modern music through Western musical notation, Dante’s Divine Comedy, and Chaucer’s human comedy. Artists in Europe rediscovered the beauty of the natural world. Master builders designed and built Gothic cathedrals, devising ingenious engineering solutions without reinforced steel, fibreglass or concrete, simply because they wanted as much light as possible. St Thomas Aquinas—Dominican friar, philosopher, and Doctor of the Church—returned Greek scholasticism, which had been lost, to the West. The Middle Ages yielded the glories of the Renaissance. In the unit about Rome, teachers can introduce the Italian sculptor Donatello who found inspiration by digging up sculptures from ancient ruins. In Florence, Renaissance architect Filippo Brunelleschi rediscovered the mathematics of perspective. In the 16th to 18th centuries, vast leaps were made in science and technology with the Scientific Revolution, as Western Europeans made enormous developments in mathematics, physics, astronomy, biology and chemistry. In England, the Industrial Revolution transformed the life of humanity with innovations and inventions.

Students learn Australia is a direct beneficiary of liberalism.

An important discussion in the context of Australia is of course the unit on the Enlightenment: the 18th century intellectual and philosophical movement which gave birth to liberalism by seeking to replace the norms of hereditary privilege, state religion, absolute monarchy, and the doctrine of the divine right of kings with representative democracy and the rule of law.

Students can be reminded Australia is a direct beneficiary of liberalism through the concepts of the rule of law, liberal democracy, and freedom of religion, conscience and speech. Our freedoms also extend to protection from state tyranny and governmental overreach—thanks, largely, to the Magna Carta of 1215.

The introduction to the unit makes what should be an obvious point. While the emphasis on Western culture as a major part of Australia’s heritage does not deny other cultures have influenced Australia, and continue to do so, their influence has been far less significant than that of the West. Western Civilisation is, of course, by no means perfect and we must be cognisant of other cultures and civilisations. However, Western Civilisation has given the world a legacy which in sheer quality and quantity is as yet unsurpassed. Moreover, it has a distinctiveness which represents a vision and a set of behaviours that enables universal human flourishing.

According to Larry Siedentop in Inventing the Individual: The Origins of Western Liberalism, the notion of the individual is the “single most significant contribution of the history of Western Civilisation to the world”. Not to be confused with the solipsist individualism blighting contemporary society, this refers to the Christian notion we are all equal in the eyes of God, based on an understanding and treatment of human beings as created in the image of God. We possess free will, individual agency and are largely responsible for our own actions. Western Civilisation thus becomes a ‘bottom up’ process that is an emergent phenomenon of individual action.

Western Civilisation uniquely asserts the primacy of the individual.

This idea of the individual also underpins Harvard University human evolutionary biology professor Joseph Henrich’s attempt to explain the West’s extraordinary intellectual, technological and political progress over the last five centuries in The WEIRDest People in the World: How the West Became Psychologically Peculiar and Particularly Prosperous. For Henrich, Western culture stands apart because WEIRD (Western, Educated, Industrialised, Rich, and Democratic) people are extremely individualistic. Western Civilisation uniquely asserts the primacy of the individual, enabling development of the ideas, institutions and values which have since become universal.

The IPA has great plans for Is Western Civilisation Part of Your Life Today? In August, it formed part of a submission by the IPA to the Inquiry into the New South Wales School Curriculum launched in response to proposed changes to the NSW National Curriculum, and in particular the Masters Curriculum Review. In Cross-Curriculum Priorities and the Teaching of History in NSW, the IPA suggested the material would be of practical use for teachers “struggling to find curricula which focus on Australia’s debt to Western Civilisation, and students who are being deprived of this knowledge through no fault of their own”. Stephansdom, Vienna: the ingenious design of Gothic cathedrals is an engineering triumph of Western Civilisation well worth being taught.
Photo: Mahesh

The IPA also suggested that as the “NSW Education Department on its website provides guidance to teachers and schools for delivery of the curriculum, including particular books, films, and curriculum guides… The IPA would welcome a recommendation from the Committee that Is Western Civilisation Part of Your Life Today? be made available in this manner.” The Is Western Civilisation Part of Your Life Today? curriculum can be downloaded for free from www.ipa.org.au/schools