This article first appeared in the November 2016 Edition of the IPA Review and is written by Researcher at the IPA, John Hajek.

Anyone with an ear to the ground of political discourse must be aware of the intensifying obsession with inequality, oppression, poverty, privilege, racism and colonialism. Terms like these form the bulk of the vocabulary of the modern day student of gender studies, critical race theory or general victimology—pure gold for those wishing to engage in a spot of moral exhibitionism. You might hear it even more if you spend any time within pontificating distance of a university campus.

It shows that there is definitely an assumption in the current zeitgeist that prosperity and equality are, if not the rule, then at least the default or natural state of humanity, and would be widely enjoyed were it not for some form of villainy. It must be some form of injustice imposed exogenously—be it slavery, imperialism or discrimination—that explains why some people, cultures and nations enjoy fabulous prosperity while others are mired in poverty and backwardness. It is with the aim of cutting through this thicket of flawed assumptions that Thomas Sowell publishes his latest offering, Wealth, Poverty and Politics. At 86 years old, this may unfortunately be his swansong, and Sowell has hinted as much. But it contains the encyclopaedic knowledge of an entire career and hyper-lucid insights honed by someone who has clearly spent decades in the fray of this ongoing argument about wealth, inequality and cosmic justice. Happily, Sowell seems to be taking the same approach to retirement as Barbra Streisand. Just as the songstress winds up her seventh farewell tour, Sowell, who has insisted that each of roughly his last four books would be his last, will probably bang out another treatise on the effects of affirmative action in Sri Lanka.

The best possible summary of the thesis of this book, and in some ways a big chunk of Sowell’s academic career, can be found in the final chapter, ‘Implications and Prospects’:

This implicit assumption of equal outcomes in the absence of malice flies in the face of evidence from around the world that geographic, demographic, cultural and other factors influencing outcomes are not even approximately equal.

In Wealth, Poverty and Politics, Sowell takes the reader back to basics to explain that it is not just idealistic but inconceivable to expect that different nations, and different people within them, should enjoy vastly different levels of prosperity. Ask any student pursuing a Bachelor of Indignation Studies why the Congo is so much poorer than America, and they will probably embark on a hectoring monologue about the legacy of colonialism. It is true that this factor cannot be ignored. But it is one among an endlessly diverse multitude of reasons why sub-Saharan Africa is far less wealthy than the US (rather saliently, it was also far poorer even before European colonisation). Some of them are as simple as geography, which, as Sowell stresses, ‘is not egalitarian.’ For example, the Mississippi River flows downwards by four inches per mile and has no rapids or waterfalls, while the Congo River has ‘more than thirty cataracts, falling a total of nearly a thousand feet in a distance of 150 miles’, totally vitiating its use as a commercial waterway for freight. One river opens up a continent to water-born trade. The other is little more than a majestic nuisance, economically speaking.

Sowell singles out geographic isolation and its ruinous effect on the ability of communities to exchange goods, ideas and attitudes with one another as probably the greatest impediment to wealth generation and human progress. On top of a dearth of navigable rivers, sub-Saharan Africa is doubly and triply cursed with a colossal desert its path to the Mediterranean and a lack of natural harbours on its smooth coastline, which further isolate it from Asia and Europe and the huge economic and cultural boons that contact with foreign peoples could provide. Similarly, Sowell explains that people in the mountains almost always lag behind people in the plains, given the difficulties of travelling far in mountainous terrain. By the same token, geographically isolated indigenous people such as Indigenous Australians had nowhere near the same level of wealth as European colonisers at the point of their arrival. Sowell is quick to remind readers that geographic factors are not the same as geographic determinism. Otherwise, how would one explain the wild fluctuations in the fortunes of different nations over the course of centuries? In the Classical Era, Greece led the world in mathematics, literature, architecture and philosophy, while Britain was inhabited entirely by illiterate tribesmen. Moreover, ‘Athens had the Acropolis—whose ruins are still impressive today, thousands of years later – at a time when there was not a single building in all of Britain’. But by the nineteenth century, Britain would be the preeminent economic and military power on Earth and the centre of the Industrial Revolution. Since changes in geographic fortune cannot be the cause, one has to credit a combination of cultural, social and political factors, as Sowell does in the following three chapters in his book.

Sowell mounts a compelling argument that there is little benefit in a society having geographic access to other cultures if it lacks any receptivity to those cultures, citing the decision by Fifteenth Century Chinese elites to destroy China’s ocean-going ships and sever economic and diplomatic ties with the outside world that transformed China from perhaps the world’s most advanced civilisation to a Third World country in recent times. Similarly, cultural factors, such as work ethic, honesty, entrepreneurialism and reverence for learning are real phenomena that offer profound benefits to people with cultures featuring these traits. Sowell credits this as a huge factor behind the success of communities like the global Jewish diaspora, the Chinese in South-East Asia and the Germans in Eastern Europe and South America, all of whom economically outstrip the majority populations of their adopted homes. Moreover, Sowell argues that some groups lag behind due at least partly to deficiencies in their own culture, and must change in order to progress. Unfortunately, such a narrative is nowadays angrily dismissed as ‘blaming the victim’, and naturally, so-called ‘community leaders’ looking to preserve their popularity are unlikely to tell their followers such hard truths. As always, Sowell engages in a healthy amount of myth busting, picking the most thought-provoking areas to up-heave the conventional wisdom. For example, while most are inclined to believe that state-backed discrimination consigns a particular group to destitution, it is more often the case the groups that are officially discriminated against outperform their oppressors, be it the Chinese in Malaysia or various Jewish diaspora communities. Similarly, the political power a group enjoys is often inversely correlated with their socio-economic success: while Americans of Irish descent have dominated politics, Irish Americans have little to show for it compared with the far wealthier and far higher-achieving Japanese Americans, who have never enjoyed any political power: ‘ historical record shows no … pattern of success for politics, as compared to education, job skills and in tact families.’

Furthermore, the social problems of crime, incarceration and broken families that plague black America began in the 1960s during the era of dramatic expansions to the welfare state and have worsened even as African Americans have become by any measure wealthier. So much for racism and the legacy of slavery, which were surely both more potent in the 1950s.

Through all the knowledge that he imparts, Sowell’s writing style is always clear, concise and uncomplicated. It might be accused of lacking panache, but Sowell generally avoids monotony with some subtle jabs at his intellectual opponents, like Paul Krugman and Thomas Piketty.

Sowell is full bottle on just about every facet of socio-economics, but for the avid Sowell reader, Wealth, Poverty and Politics may lack in originality. Speaking as one myself, I can recall several other Sowell books in which he extensively cites Theodore Dalrymple’s Life at the Bottom, and I have been regaled so many times with the University of Michigan’s study on income mobility that I can almost recite it from memory. However, a first-time reader will probably find before them a cornucopia of new facts, research and insights. There is little revolutionary or cutting edge in this book, and many parts are somewhat derivative of Sowell’s earlier work. But it is not supposed to be a huge innovation in the field of economic history or sociology, but rather a compendium of a prolific career of research and writing, ultimately proving that differences between individuals and peoples are so varied and vast that we have no right to expect anything like equal wealth, progress or representation in any field.

Once people think about the world through this prism, those who study the differences between people are relieved of the need to search for some bogeyman that is probably not even there. 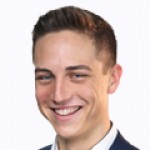