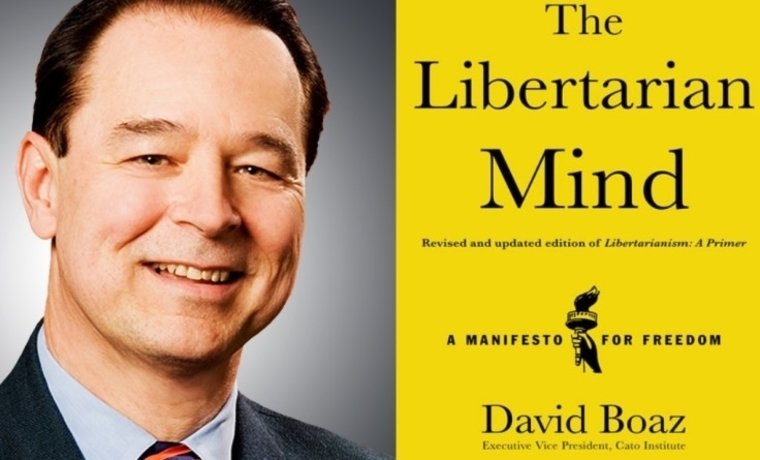 The last few years has borne witness to an extraordinary growth in government activities. Fiscal stimulus spending, the ramping up of public debt, untrammelled increases in regulation affecting factor and product markets, and the burgeoning growth of the national security apparatus have made us feel less happy, less prosperous, and less safe.

If there is any consolation—if not a silver lining—to counter these trends, it is that our diminishing economic and social freedoms has led to an upsurge in interest in classical liberal and libertarian ideas throughout the Western world.

The new libertarian wave has been especially pronounced in the United States—as epitomised in the increasing popularity of Ron Paul and his son, 2016 presidential candidate Rand Paul—but to a lesser extent in countries such as the United Kingdom and Australia.

Libertarianism’s growing fan-base is aptly reflected in the explosive increase in articles, blogs, books, social media accounts, videos, and websites all seeking to explain the fundamentals and applications of economic, political and social freedom.

Among young people—who arguably bear the greatest brunt of a larger public sector and other manifestations of diminishing freedom—there appears to be a particular zeal in the ideas of liberty. Organisations such as Students for Liberty are attracting hundreds of people to their international conferences, and surveys indicate a new interest in classical liberal ideas among the Millennial generation.

This renewed injection of enthusiasm into the libertarian movement in the West, and indeed worldwide, cannot be doubted, and it is certainly welcome.

By the same token, there is an equal need for a source to bring together all the strands of libertarian thinking, contemporary and historical, into a coherent whole.

An influential new book, The Libertarian Mind: A Manifesto for Freedom, written by Cato Institute Executive Vice President David Boaz, serves as the ideal accompaniment for those seeking to breathe the life of freedom into a world threatened by excessive public debt burdens, overbearing regulatory paternalism, and rapacious surveillance.

Boaz most clearly defines libertarianism as the philosophy of freedom, and explains: Libertarians believe in the presumption of liberty. That is, libertarians believe people ought to be free to live as they choose unless advocates of coercion can make a compelling case. It’s the exercise of power, not the exercise of freedom, which requires justification. If we followed the presumption of liberty, our lives would be freer, more prosperous, and more satisfying.

Lest this statement be misinterpreted as an intellectual sanction for licentious conduct, Boaz further clarifies the libertarian framework to state that ‘libertarianism is the view that each person has the right to live his life in any way he chooses so long as he respects the equal rights of others.’

From the likes of the English Levellers and John Locke onwards, many of the great thinkers of liberalism have recognised that if there is any role for government it should be ‘to protect rights, to protect us from others who might use force against us.

Unfortunately, experience has served to prove time and again—even in the most horrific cases— that there is a fine line between using the fearsome coercive powers of government to ensure the protection of life, limb, and property for all, and leveraging public sector coercion to restrict the very liberties governments are meant to protect and preserve in our names.

As stated so pointedly by Boaz, ‘our government has become far too powerful, and it increasingly threatens our freedom. Government taxes too much, regulates too much, interferes too much.’

A most distinctive feature of The Libertarian Mind is that it forensically unpacks the varying dimensions of freedom into its economic, social, and political aspects, to convincingly demonstrate that libertarianism is not merely about ensuring people are free to buy and sell commodities with one another.

The arguments for economic freedom would be well known to many readers of this journal, with its ultimate genius resting on the fact that ‘markets are based on consent. No business sends an invoice for a product you haven’t ordered, like an income tax form’.

But what can a classical liberal or libertarian say about social and political issues which, in this country and others, tend to be, more often than not, detrimentally crowded out by left progressive voices? A great many things, in fact, as demonstrated by Boaz.

Being social creatures, human beings invariably ‘feel a deep need for connectedness, for love and friendship and community’ found in families, churches, schools, clubs, fraternal societies, condominium associations, neighbourhood groups, and not to mention all the myriad forms of commercial society.

Given the inherent yearning in all of us, even die hard socialists, to ‘connect to different people in different ways by free and voluntary consent,’ we seek not only to maintain freedom of association but to discover our own ways of building mutual trust and responsibility, and to extend charity to those less fortunate.

These fruitful activities within civil society can only flourish to their fullest extent when governments respect the freedoms of individuals—and social groupings of individuals—to pursue their own interests in voluntary association with others.

Boaz notes that these desirable features of civil society are compromised in the presence of a large governmental welfare state, which stifles charity and undermines those moral attributes necessary to maintain viable communities.

The Libertarian Mind expertly canvasses the political basis of libertarian philosophy, with an emphasis made throughout on the importance of the rule of law, applicable to the most and to the least politically powerful alike, and a constitutionally constrained government which is democratically accountable to its citizenry.

An impressive feature of David Boaz’s important literary contribution is the breadth of contemporary issues he is prepared to analyse and interpret through the lens of libertarian philosophy. These include some of the more significant economic policy issues of raising growth, reducing inequality, restoring sound public finances, and ensuring less costly and more responsive education, health and welfare payments and services.

Boaz also delves into some of the crucial social matters of our time, including how to eliminate racism, poverty and crime, and how a freer society will uphold family values, protect civil liberties, and ensure environmental amenity.

The Libertarian Mind will unquestionably come to represent a standard bearing tract concerning the ideas of freedom and liberty for generations to come, and to that end David Boaz deserves a great deal of gratitude for his original insight and contribution to the modern libertarian revival.