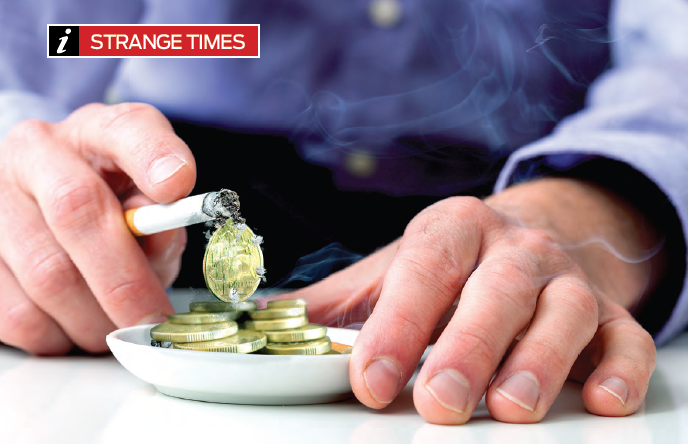 In a recent piece in The Conversation (unbelievable, I know)

Chapman pointed out that British American Tobacco South Africa had recently sent employees off to a charity called ‘Stop Hunger Now’ in South Africa, where they packed 200,000 meals for delivery to needy people. Chapman argues that since tobacco companies kill people, then charities who accept their donations are giving the tobacco companies good press and distracting the public’s eye from this wholesale slaughter. Charities should therefore adopt the same stance taken by many universities and stop accepting donations from tobacco companies.

Ironically, Simon appears to have been smoking the other type of tobacco.

It’s not just that it takes an intergalactic leap of logic to suggest that ceasing charitable donations will make a whiff of difference to global tobacco consumption.

Or that it really would be an astonishingly cruel piece of social engineering.

What rankles the most is that it requires a unique lack of perspective to argue in a public forum that the world’s poorest people should bear the cost of rich people’s lifestyle choices.

That’s the same as saying that if I have one too many on Saturday night, African Ebola sufferers should pay for my aspirin the next day.

What about if I go easy on the gym and hard on the cheeseburgers for a few months? Must favela-dwellers pay for my Zumba classes?

When you’re in your office with a calculator and the back of an envelope it’s easy to magic into being some reason why charities should forsake their constituents and reject cash from tobacco companies. But in other circumstances—which for argument’s sake, we’ll call the Real World— charities have a responsibility only to those they serve.