An Old Book and Modern Dilemmas This article from the Winter 2020 edition of the IPA Review is written by IPA Campus Coordinator, Luca Rossi.

At a time when mobs are tearing down statues and peaceful protests give way to destructive looting, the great Russian writer Fyodor Dostoevsky’s historic meditation on nihilism and modernity is as relevant as ever. Study.com helpfully defines nihilism as “the belief that traditional morals, ideas, and beliefs have no value; and … that society’s social and political institutions are so corrupt they should be destroyed”.

In Crime and Punishment (1866), Dostoevsky (1821-1881) uses the novel form not just to describe nihilism, but to understand the psychological conflicts it generates and to chart a way back from it. This journey in some ways parallels his own journey from youthful radicalism and nihilism to the conservativism and Christianity of his later years. Crime and Punishment details the struggles of the young student Raskolnikov, an archetypal ‘anti-hero’, as he murders an elderly landlady and her step-sister. He is then shadowed by Detective Porfiry Petrovich, who suspects Raskolnikov from the outset. In this dynamic Dostoevsky sets up a situation that explores the state of modern society and the psyche of the individual imprisoned by ideology.

The Detective alludes time and again in his interactions with Raskolnikov to evidence he has against him, but he never reveals the nature of this evidence. So what is it? Whether Porfiry just said he had evidence in order to coax Raskolnikov to confess—“I know you did it, so just admit it”—Dostoevsky leaves open to interpretation. In order to solve this mystery it is necessary to dive into the philosophy of each of these characters and their ideological progression, and in so doing also gain insight into our own times.

The character of Raskolnikov embodies nihilism. He continually justifies his crime both before and after with logical and cogent reasoning. He reasons the old pawn broker Alyona Ivanovna is a plainly despicable person, treating her step-sister Lizaveta as a slave and cheating the poor out of what little they have. She is a “louse” and has no other family that would miss her.

Applying utilitarian reasoning he determines that if she ceased to exist, the net level of happiness would increase and suffering decrease; she is of no net utility, and thus can be killed. Raskolnikov’s reasoning omits a factor that cannot be overlooked: she is a person.

Critical to understanding this tension is the work of German philosopher Friedrich Nietzsche, who wrote later than Dostoevsky but mined the same vein of thought.

Moral arrogance leads only to destruction.

When Nietzsche famously proclaimed “God is dead” he was trying to convey that God, meaning Christianity in society, was dying. As such, people were left with a void that left them aimless and without a sense of self-worth. Man went from the centre of the Universe to mere specks in an endless darkness, a product of random happenstance, their existence rendered meaningless. This is the core of the loss that has permeated our society and that people search for day and night, be it online, in tireless work or their ideology—dedication to a cause or goal that gives purpose—poorly masking the void left by the destruction of the ideal of the inherent value of the person. God provided people with a sense of worth, made in his image and likeness and destined to carry out good works, inherently valuable in the eyes of the Creator. In this way, Nietzsche was not celebrating the death of religion, but despairing of it, for he saw that without objective truth, subjective morality would ultimately lead to the destruction of humanity.

A fundamental truth to this has played out today, when with all our ‘open conversation’ and ‘dialogue’ depression rates among young people have skyrocketed, and suicides are sadly still commonplace. Yet conversely Canadian psychology professor Jordan Peterson can produce videos based on the Bible which are hours in length and yet capture millions of views. We see signs that people in our time are cast adrift in the nihilistic and utilitarian attitudes of the modern age, but the behaviour of many illustrates the yearning for the affirmation of inherent worth that has been lost. The emptiness is what Raskolnikov embodies and acts upon in killing Ivanovna, disregarding the inherent value of a person to pursue his arbitrarily defined ‘higher ideals’ taken from utilitarianism.

These ‘higher ideals’ also manifest a supreme moral arrogance. While Raskolnikov sees no reason why he should spare Ivanovna—considering his view on the value of human life—there are restraints that should stop him committing his crime: the law and society.

While he himself may not believe in the inherent value of a person and according to his ideology he is able to kill her for the betterment of humanity, his ideology is not held or acted upon by a vast majority of society nor reflected in the law. Dostoevsky thus introduces the arrogance and, indeed, conceit of those who justify the transgression of the law in pursuit of their moral ideal, believing they are one of the ‘extraordinary men’ who, in his conviction to pursue that which he believes, is not subject to the law. Every great man in history, he posits, had to transgress the law in one way or another and, were it not for their success, would be criminals.

History is rife with examples of this. Napoleon was only one; perhaps the most notorious was Chairman Mao. The Cultural Revolution in China was predicated on the destruction of tradition and culture, creating a clean slate upon which to reshape the country in its own tyrannical image and ideology—man playing God.

Hence, Raskolnikov places himself among the extraordinary men, driven to carry out what he perceives to be a superior moral ideology. Yet, in a dream Raskolnikov has while in prison after confessing, a virus causes every person to believe they themselves are the possessor of truth, which causes everyone to destroy each other. This exemplifies Dostoevsky’s observation that moral arrogance leads only to destruction.

Man can never be free of his inherent nature.

One need look no further than Antifa (the so-called “ANTI-FAscists”) or environmental activists to see this at work, or the riots after the tragic death of George Floyd. Antifa has never been afraid to commit acts of violence or break the law. They attack anyone who fits within its broad definition of ‘fascists’, punching them, throwing milkshakes containing acid, and other heinous methods. The rioters after the death of George Floyd looted stores, burned buildings and even beat legitimate protesters who tried to stop them from looting, all at the very least implicitly justified under the banner of ‘moral righteousness’. Under the law these are criminals, and yet in the pursuit of what they perceive to be a superior moral ideology they act above the law. Their conviction to actualise what they believe to be a superior ideology is the gross arrogance that provides the justification for committing criminal acts. The aftermath of the riots in Minneapolis, USA, 2020.

Hence, in the character of Raskolnikov, Dostoevsky teaches society another valuable lesson: be wary of people who tout moral superiority and try to play God. The supreme arrogance of the modern age is to believe we are beyond those who came before us, the people who believed in silly bed-time stories such as ghosts and gods, who believed in arbitrarily defined ‘outdated’ forms of morality. We trick ourselves into believing we are beyond what people throughout hundreds of thousands of years have developed. But this attitude, as Dostoevsky shows through Raskolnikov’s murderous act, only leads to destruction.

All that has been described thus far can be summated as a process that Raskolnikov goes through to justify his actions. And yet after killing Ivanovna his justifications for deed fade away; he hides the loot he takes under a rock and slowly begins to waste away, succumbing to depression and paranoia. He is racked with guilt. This demonstrates that no matter how much a man indoctrinates himself or is indoctrinated by others, he can never be free of his inherent nature. The progressive impulse to reengineer society in its own moral image is premised on the idea of the blank slate, which is an absolute fallacy. It is human nature to recognise when some kind of moral boundary has been transgressed.

The terrible reality, however, is that every tyrant has recognised the truth of human nature, and acted tirelessly to destroy it, with the worst regimes realising that only through suffering could the natural instinct to do good, the conscience, be suppressed. Hitler arose in Germany at a time when Germans were starving; people living under communist regimes were constantly made to do hard labor and suffer; and affirmative action all over the world keeps people complacent and kept in a state of powerless destitution and victimhood, with propaganda bombarding them with contrived stories of oppression. Human nature cannot be destroyed, but it can be suppressed in terrible ways.

Thus Raskolnikov, with all his justifications for his actions, succumbs to his own nature and eventually turns himself in, proving that no matter how much we try, foundational aspects of human nature such as the conscience cannot be destroyed or forgotten.

With all this in mind, it is now possible to come back to the central question: what evidence did Porfiry have against Raskolnikov? The answer is quite simple: he understood the continuity between all people that comes with an innate nature shared by all of mankind, that all of the rationalisations Raskolnikov had for his crimes could not suppress human nature.

While Raskolnikov in his writings positions himself as one of the extraordinary men, one who with his perceived higher moral reasoning and values is able to transgress the law in order to realise his superior morality, Porfiry alludes time and time again throughout his interactions with Raskolnikov to the psychological continuity between him and other criminals he has met before. They too fancied themselves as men of higher purpose, but ultimately succumbed to their guilt. He understands the nature of human psychology and is thus able to draw from his past experiences with similar criminals in order to not only play games with Raskolnikov but ascertain with almost complete certainty that he is in fact the murderer.

In this way Dostoevsky teaches us one of the most important lessons: only through an understanding of history may we understand our world today. In this way, reading books such as Crime and Punishment takes on a new importance, beyond being great art. The observations and wisdom of those who came before us, superbly written in literature that has survived for centuries, cannot be dismissed. Only through a close reading of tales and stories from history can we make sense of the world in which we live. This is why every oppressive regime has sought to destroy the past. We are left with a message of hope: an ignorance of history may allow it to repeat, but knowledge of history allows us to set a new course for a better future. 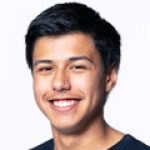