Dr Sherry Sufi is a Senior Fellow at the Institute of Public Affairs. He is a Western Australian author, columnist, and political commentator. He is outspoken on democratic values, civil liberties, and free speech.

Dr Sufi holds a Bachelor of Arts in Philosophy, a Diploma of Information Systems, a Master of Arts in Politics and International Studies, a Master of History, and a Doctor of Philosophy for which he received an award for outstanding research. He fluently speaks, reads, and writes multiple languages.

Dr Sufi has made appearances on Sky News Australia and 2GB radio. His articles have been published in The Australian, The West Australian, Fairfax media, PerthNow, The Spectator, The Jerusalem Post, and The Times of Israel. He was the recipient of the Berger Fellowship award to visit Israel on a study tour through the New South Wales Jewish Board of Deputies in 2018.

Dr Sufi is the Editor-in-Chief of the Liberal Party of WA’s policy journal, The Contributor, which he co-founded in 2014. He has organised and hosted many panel discussions and public seminars on topical issues, including an unprecedented debate on the Israel-Palestine conflict that featured prominent leaders from Australia’s Jewish and Palestinian communities.

Since 2015, Dr Sufi has served as Chairman of the Policy Committee for the Liberal Party of WA at the state level.

In 2019, he was awarded a Meritorious Service Award by the Liberal Party of Australia at its annual WA State Conference in recognition of his unwavering commitment to liberal values.

Democracy can only work when citizens are both free and keen to hear arguments and speak their minds, argues IPA Senior Fellow Sherry Sufi. Democracy is central to the Australian… 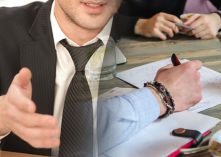 Everything We Say, Do And Write Now Seems Racist

This week, the Diversity Council of Australia released a report Racism At Work, which claims less than one-third of workers believe their organisations are proactive in preventing workplace...

Victorian Premier Daniel Andrews speaks to the media on in Melbourne, Australia, Oct. 26, 2021. (Darrian Traynor/Getty Images) The ability to own one’s home is central to the Australian...

Celebrating The Secret Ballot 166 Years On

On March 19, Australians come together to celebrate what may be one of the least appreciated aspects of our democracy. That is, our ability to vote privately inside a polling...

On this day 115 years ago, the Bondi Surf Bathers’ Life Saving Club was established, arguably making it the first organisation of its kind in the world. The 23 blokes...

The Jewel In the Crown

Australia is a sovereign state with a unique national character that it is entitled to preserve, not just because it is ours, but because it is good. The Australian character,...

Originally appeared in Essays For Australia
Australian Way of Life

Taking the Humanities more seriously in Western nations including Australia would help preserve our identity, values, and way of life, argues IPA Senior Fellow Sherry Sufi. Nations of the...

Nation-states not only have a distinct way of life, they typically do all they can to preserve it. Without it, the state’s political and cultural survival would be at risk....

In The Same Boat

History shows the West would be wise to prioritise strategic interests while upholding cultural values, argues IPA Senior Fellow Sherry Sufi. In a world that is becoming more volatile...

From the Olympians of Greece to the gladiators of Rome, sport has been a feature of organised society since ancient times. Not only is it crucial for amusement and fitness,...

Dr Sherry Sufi is Chairman of the WA Liberal Party’s Policy Committee. He is a Senior Fellow at the Institute of Public Affairs. His PhD was on language and nationalism….