Andrew Bushnell is a Research Fellow at the prominent Melbourne think tank, the Institute of Public Affairs, where he focuses on criminal justice reform, freedom of speech, and the future of democracy.

As well as being the author or co-author of several major research reports, his work has appeared in print in the Australian, the Australian Financial Review, the Daily Telegraph, the Sydney Morning Herald, the Canberra Times, the Adelaide Advertiser, the Spectator Australia, and the IPA Review. He has also been interviewed on television on ABC and Sky News, and on radio on the ABC, 2GB, 3AW, and Triple J.

His publications can be found here: http://ipa.org.au/people/andrew-bushnell

To Be Released: Closer to Home

More Regulation Is Not The Solution To Westpac Revelations

Yet another scandal among Australia’s banks suggests the industry is in dire need of a clean-out. Westpac has committed one of the most startling failures of corporate governance in Australian... 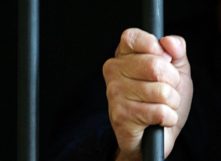 Over the past decade, Australia has seen an unsustainable rise in the rate and cost of incarceration. Nationally, the incarceration rate is at an all-time high of 217 per 100,000 adults, and...

The preparation of Australian values and the enduring importance of the nation-state is motivated by the Senate Legal and Constitutional Affairs References Committee’s Inquiry into nationhood...

Sydney Motorists Do Not Want A Congestion Tax

If there were fewer poor people on the roads, rich people could get to work more easily and everyone would be better off. This, in a nutshell, is the argument for the congestion tax, a charge on...

“Prime Minister Morrison is right to put the interests of the Australian people ahead of an unaccountable internationalist bureaucracy,” said Andrew Bushnell, Research Fellow with the free market...

Criminal justice reform is a combination of measures designed to arrest and reverse the rise of incarceration, reduce reoffending and crime, guarantee community safety, and save taxpayers money... 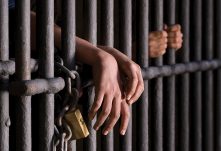 It Is Time For Criminal Justice Reform In WA

“The rapid growth of incarceration in Western Australia is imposing significant costs on taxpayers without improving community safety,” said Andrew Bushnell, Research Fellow at the Institute of...

This article from the August 2019 IPA Review is by IPA Research Fellow, Andrew Bushnell In its 12-17 April edition, the British political magazine New Statesman published an interview with the...

Australia is becoming increasingly intolerant of speech. From the Australian Rugby Union terminating Israel Folau’s playing contract to the fake controversy about the impending visit of British...

The 2019 election result was driven by mainstream Australians rejecting an agenda to fundamentally transform Australia. The government now has an opportunity to build and reinforce institutional...

This year, the bushfires have well and truly dulled the usual noise around Australia Day. There has been a notable absence of activist voices either calling to change the date of Australia Day or...

71% of Australians support Australia Day being celebrated on January 26 according to a new poll of over 1,000 Australians commissioned by the Institute of Public Affairs. The polling conducted by...

We are back for our first episode of 2020! We talk the big stories from over the break – the Australian bushfires and the actual solutions we should pursue and Megxit where we debate whether or...